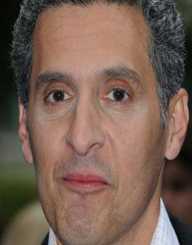 John Turturro was born on February 28th, 1957. He is an Italian American actor. He is also a writer and filmmaker. He has appeared in films such as ‘Barton Fink,’ ‘Quiz Show’ and ‘Do the Right Thing’ among others. He has also appeared in series such as ‘Transformers’ and ‘The last Knight.’

John Michael Turturro was born on February 28th, 1957 in Brooklyn, New York, United States of America. He was born to Katherine Florence who was a jazz singer and Nicholas Turturro who served in the United States Navy during World War II. At the age of six, his family moved to Queens in New York. He was raised as a Roman Catholic. John attended the State University of New York where he majored in Theatre Arts. He later finished his MFA at the Yale School of Drama.

John Turturro started his acting career in 1980 when he appeared in the film ‘Raging Bull’. Three years later, he was responsible for John Patrick Shanley’s ‘Danny and the Deep Blue Sea’ title role at the Playwright Conference at the Eugene O’Neil Theatre Centre.  In 1984, he won an Obie Award when he did the title role again Off-Broadway.

He later became part of the cast for the movie ‘Do the Right Thing’ which was directed by Spike Lee. John later appeared Lee’s movies such as ‘Miracle at St. Anna’, ‘She Hates Me,’ ‘He Got the Game,’ ‘Clockers’ and Girl 6’ among others. He later appeared in the Coen Brothers’ films such as ‘The Big Lebowski,’ ‘Mr. Deeds’, ‘Miller’s Crossing’ and ‘O Brother, Where Art Thou?’ among others. In 1999, he produced, directed and acted in the film ‘Illuminata’ alongside his wife, Katherine Borowitz. In 2002, he appeared in Adam Sandler’s movie ‘Mr. Deeds’. In 2008, he acted in the movie ‘You Don’t Mess with the Zohan.’

In 1985, John Turturro married his wife Katherine Borowitz who is an actress. Together they have two sons, Amedeo who was born in 1990 and Diego who was born in 2000. His brother Nicholas Turturro is also an actor. He is a member of the jury for the New York International Children’s Film Festival. He is a dual citizen. John holds Italian and United States Citizenship. He received his Italian passport in 2011. He is currently sixty one years old.