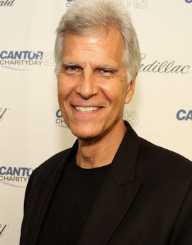 Mark Spitz a world record swimmer of the 1972 Olympic Games was born in 1950. He has a world record on the most gold medals obtained in his swimming career. His career began way back in Indiana University where he was a very competent swimmer that he extended to the Olympics. He has been in the category of Butterfly and Freestyle swimming styles in the Arden Hills Swim Club, United States.

Mark Spitz was born in 1950, 10 February in Modesto, California as the firstborn son of Arnold Spitz and Lenore Sylvia. His father taught him how to swim at the age of 2 when they moved to Honolulu, Hawaii. At the age of six, the family moved back to California where Spitz began competing in swimming. When he turned nine, he joined the Arden Hills Swim Club where he learnt swimming skills under the mentorship of his instructor Sherm Chavoor.

Spitz was on success trail by the time he was 10 and had become the world’s best under ten swimmer. In 1966 and 1967 Spitz had won AAU titles and five gold medals respectively during the Pan-American games in Canada.

When the Olympics were held in Mexico City in 1968, Mark Spitz was determined to attain many gold medals. His confidence and hard work paid up when he received two gold medals, a silver, and bronze. Mark was not pleased with this result and decided to join Indiana University where he got a pre-dental degree. He, later on, embarked on swimming with a renewed zeal which earned him first place positions and world records.

The same year as well, 11 Israeli Athletes were kidnapped and killed by the Palestinian terrorists. Mark Spitz was however safe when officials called for the U.S marines who protected Spitz and Bill Schmidt. The two athletes were moved outside the country under tight security.

After the terror attack, Mark Spitz decided to retire from swimming being 22 years old even though he had been named as the 33rd best athlete in 1999. Spitz attempted another Olympic win at the age of 41 when Bud Greenspan offered him 1 million dollars. Bud had challenged Spitz that the million dollars would be his if he qualified for the Olympics but he did not.

After the retirement, Spitz ventured on television shows and films with his first being Bob Hope Special and later The Tonight Show. He also featured on the drama Emergency and The Dean Martin Celebrity Roast (1973). He also did presentations for ABC sports in 1976 and 1984 where he was covered on the Olympic performances. Spitz remained on the broadcasting role for some time before he called it quits and embarked on his real estate business. He also began doing motivational speaking in tours around the United States.

Mark Spitz went to the Santa Clara High school in 1964 and graduated in 1968 after that joining Indiana University. He studied pre-dental at the University 1972 before he went for the Olympics in Germany. Spitz loves sailing, collecting art and skiing.

Mark Spitz began dating Suzy Weiner a UCLA student and model and married her on May 6, 1973. The couple has two children Matthew and Justin.