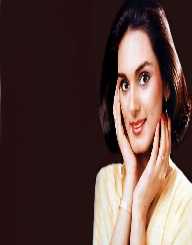 Indian model and flight attendant Neerja Bhanot was born on the 7 September 1963 in Chandigarh, India. She was the daughter of Harish and Rama Bhanot and had two siblings, Akhil and Aneesh.

When Neerja Bhanot was 21, she was a model working in Mumbai when she entered into a marriage that her father had arranged for her. Her husband-to-be was based in Sharjah. The marriage did not work out, and after a few months, she returned home. She had wanted to end the marriage and her father, Harish Bhanot, had agreed.

Already a successful model for some brands, when Pan Am announced that they were recruiting for cabin crew, she applied for a job and was accepted.

Neerja Bhanot was working on the Pan Am flight 73 from Mumbai to Frankfurt which landed at Jinnah International Airport in Karachi for an hour-long stopover on the 5 September 1986. Four armed Palestinians hijacked the plane which was carrying 360 passengers. Neerja Bhanot was welcoming passengers on board when grabbed by the hijackers. Her quick thinking enabled her to activate the hijack code to alert the rest of the crew, who escaped through the cockpit’s emergency hatch.

The remaining crew and passengers were stuck onboard for seventeen hours until the plane was plunged into darkness. As the hijackers started shooting, Neerja Bhanot and a passenger opened two emergency doors and helped some to escape. She was helping children down the chute when she was shot, dying before medical assistance arrived. A doctor onboard the flight, Dr. Kishore Murthy, who witnessed the incident later reported that Neerja Bhanot had appeared fearless and brave under extreme pressure. He was in no doubt that she had saved many lives.

Atul Kasbekar produced Neerja, a film based on the incident. He had input from Dr. Kishore Murthy as well as Bhanot’s family.

Neerja Bhanot died on the 5 September 1986 in Karachi, Pakistan two days before her 24th birthday.