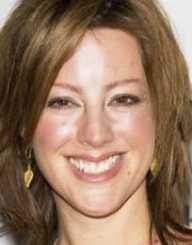 Sarah McLachlan is a Canadian singer and musician. Known for her intensely emotional ballads, some of her hits include “Angel,” and “I Will Remember You.” The 49-year old performer is famous for her deeply personal lyrics, and for her support of women’s careers in music.

Sarah Ann McLachlan was born on January 28, 1968, in Halifax, Canada. She was adopted by the McLachlans, who already had two adopted children: Stuart and Ian. Her father was a marine biologist who passed away from cancer in 2010. Her mother, an English Literature academic, died in 2001 while Sarah was pregnant with her first daughter.

Sarah showed an interest in music from a very young age and started taking music lessons since she was four years old. The first instrument she learned to play was the ukulele. Soon, she moved on to classical piano and guitar, while also honing her singing skills.

Sarah McLachlan recalls being brought up in a strict, disciplined environment, and being teased by other kids at school. Things changed when she reached high school and met people with similar musical interests as her. She attended Queen Elizabeth High School in Halifax and was part of a band called The October Game. Soon after the band’s first concert, she was offered a contract by the record label Nettwerk, in Vancouver. On her parents’ insistence, she finished high school and studied for a year at the Nova Scotia College of Art and Design before signing the contract and moving to Vancouver.

McLachlan has also released several compilations, live concert albums, and a greatest hits album. She has received 9 Juno Awards and 3 Grammy Awards, along with numerous nominations throughout her career. Additionally, she has had many collaborations and guest appearances over the years.

Sarah McLachlan's 1999 record Touch is considered her breakthrough with the Canadian public, and her 1993 album Fumbling Towards Ecstasy and Surfacing, her international breakthrough. Her next album, Surfacing (1997) has sold over 16 million copies worldwide and is her bestselling album so far. Her song “Angel” released in this album reached number 1 position on the Billboard chart. It is based on the drug-overdose death of Jonathan Melvoin, keyboard player of alternative rock band The Smashing Pumpkins.

In 1997 McLachlan, along with Nettwerk’s Dan Fraser and Terry McBride, and the talent agent Marty Diamond, organized an all-women music festival called Lilith Fair. This music tour spanned over the summers of three consecutive years starting in 1997. It consisted exclusively of female solo performers and female-led bands. Some of the artists who appeared on tour include Sheryl Crowe, Paula Cole, Fiona Apple, Lisa Loeb, Dido and Missy Elliot, and Sinéad O’Connor. The trip was very successful, raising over 10 million dollars for charity. The organizers donated $1 from each ticket that was sold. The festival was revived in 2010 but was not successful.

During this time, Sarah McLachlan participated in the movie Toy Story 2 (1999). She provided the vocals for Jessie the cowgirl in the song “When She Loved Me.” It was nominated for an Academy Award for Best Song (2000) but did not win.

In 2003 Sarah McLachlan released her next album, Afterglow, with singles such as “Fallen,” and “World on Fire.” The album was certified Platinum multiple times in the US and Canada. Then, in 2006 she released Wintersong, a Christmas music album featuring covers of famous Christmas songs along with Christmas classics. It was certified Platinum in the US and two times Platinum in Canada and has sold over 1.1 million copies.

Her next original album, Laws of Illusion, was released in 2010. One of her singles, “One Dream,” became the theme song for the 2010 Winter Olympics in Vancouver. In 2010 she also appeared as herself and performed on the American TV drama series Life Unexpected.

In 1998 Sarah McLachlan was awarded the Elizabeth Cady Stanton Visionary Award (1998), for her support of women’s careers in music. Also in 1998, she was appointed Officer of the Order of Canada.

In 2011 she was granted the honorary degree of Doctor of Fine Arts by Simon Fraser University for her humanitarian work. In 2013, she received the Honorary Doctor of Laws degree from the University of Alberta. Also in 2013, she was awarded the “2013 Kiwanis International World Service Medal” by Kiwanis International, an organization of volunteers committed to improving the lives of children and communities.

In 2012, Sarah McLachlan was incorporated into Canada’s Walk of Fame. In 2015, she received the highest recognition for artists in the performing arts in Canada, the Governor General’s Performing Arts Award for Lifetime Artistic Achievement.

Sarah McLachlan has had her share of obsessive fans. In 1993, she released the song “Possession.” This song is written from the perspective of a man obsessed with a woman. It was inspired by the correspondence of two of her fans. One of them, Uwe Vandrei, sued the McLachlan, claiming to have provided the inspiration material and not being credited for it. However, Vandrei committed suicide before the case made it to court.

McLachlan married her drummer Ashwin Sood in Jamaica in 1997. They had two daughters, India Ann Sushil Sood (2002), and Taja Summer Sood (2007). Sarah and Ashwin divorced in 2008 after 11 years of marriage.

From 2009 to 2010 there were rumors Sarah McLachlan was dating Brett Wilson, a Canadian Businessman.  Then, in 2015 it was reported she was in a relationship with Geoff Courtnall, a former NHL player.

Sarah McLachlan has been involved in several philanthropic and humanitarian efforts. Perhaps most notably, she founded the Sarah McLachlan School of Music in Vancouver in 2011. This organization offers quality music education for at-risk children, youth, and elders. Students 1-18 years of age, as well as over 55, are welcome to apply. In 2016, the school expanded to Edmonton, Canada.

The artist has also been vocal in her support of animal rights. She is a supporter of the American Society for the Prevention of Cruelty to Animals (ASPCA), donating money and appearing in their advertisements. She has also collaborated with PETA.

In another of her philanthropic efforts, in 2003 Sarah McLachlan donated the budget meant for the production of the music video for one of her singles, “World on Fire.” Keeping but $15 out of the $150,000 budget, she made a video explaining how the donated money benefitted the communities that received it.

In 2005 Sarah McLachlan was involved in tsunami-relief efforts to help the victims of the tsunami in South East Asia. She participated in the concert One World: The Concert for Tsunami Relief, which raised around 3.6 million dollars.