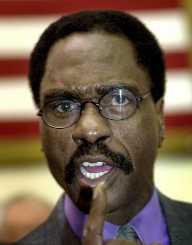 American-Canadian middleweight boxer Rubin Carter, twice wrongfully convicted for a triple murder and subsequently suffered imprisonment of around twenty years, was born on May 6, 1937, in Clifton, New Jersey, United States of America. He was the fourth of the seven children of his parents Lloyd and Bertha Carter, who originally hailed from Georgia. His father was a rubber factory worker besides having an ice delivery service. He was brought up in the Passaic and Paterson area of New Jersey.

Rubin Carter attacked an alleged pedophile with a boy scout knife at the age of 11, who he claimed to have tried to molest one of his friends. He was arrested and subsequently sent to the Jamesburg State Home for Boys, a juvenile jail for six-year probation. However, he escaped from the home before completion of his six-year term and ran away to Philadelphia.

Rubin Carter joined the United States Army in 1954 and was sent to West Germany upon completion of his infantry basic training at Fort Jackson, South Carolina. He began training as a boxer during his stay at West Germany and started appearing in boxing bouts on behalf of the United States Army. He won two European light welterweight championships while serving in the army. However, he was discharged from the army in 1956 as unfit for service after facing four courts-martial for different discipline-related offenses.

Rubin Carter was arrested for his escape from the juvenile reformatory immediately upon his return to Paterson when he was contemplating pursuing a career in professional boxing and was sent to the ‘Annandale Reformatory’ for serving the remaining ten months of his sentence. He was released in 1957 and was again arrested for involvement in a crime of theft (purse snatching) and assault, suffering yet another prison term of four years in the high-security Trenton State Prison.


BOXING CAREER AND THE STORY OF HIS WRONGFUL CONVICTION

Rubin Carter became a professional boxer after his release from prison in September 1961. Though his height was shorter than the average middleweight boxer, his lightning-fast fists, aggressive style of boxing and the sheer power of his punches made him a sensation in the middleweight category within a very short span of time. He was nicknamed ‘Hurricane’ by his fans for his split-second high-velocity punches and his exploits in knocking out his rivals with his power-packed punches in only the initial rounds on the boxing rings. He won 13 of his first 21 bouts by knocking out his opponents and created a fearful image of himself with his past criminal record and his solid frame of 5 feet 8 inches and 155 pounds.

Rubin Carter won a non-title bout in December 1963 defeating then-welterweight world champion Emile Griffith in a first round knockout. The boxing world began noticing the astonishing feat of Carter and placed him in the third position among the top 10 middleweight contenders for the next title bout after observing his heroics on the ring where he defeated the likes of Gomeo Brennan, Holley Mims, George Benton and Florentino Fernandez.

In the 15-round championship match held in Philadelphia in December 1964, Rubin Carter fought against the reigning champion Joey Giardello. Though in initial rounds Carter took the upper hand and snatched some valuable points, Giardello took control of the match from fifth round onwards. The judges declared Giardello as the winner in a unanimous decision.

Rubin Carter's professional boxing career was abruptly halted when in October 1966 he was arrested for the June 17 murder of two white men and one white woman, bartender James Oliver and two customers named Fred Nauyoks and Hazel Tanis, of the Lafayette Bar and Grill at East 18th Street at Lafayette Street in Paterson, New Jersey. They were shot at by two unidentified black men. Rubin Carter and John Artis were arrested by an eyewitness description of the murderers ‘two Negroes in a white car’.

The grand jury initially acquitted the arrested duo as one of the surviving victims could not identify them as the alleged gunmen. However, the state was quick to add two more eyewitnesses, Alfred Bello and Arthur D. Bradley, who identified the duo as the alleged assaulters. It was later revealed that both the eyewitnesses were petty criminals involved in some burglaries and were lured by the prosecution in return for reduced sentences of their committed crime.

Though the prosecution theory of a racially prejudiced retaliation for the murder of a black tavern owner by a white man was the only motive attributed to the triple homicide, both Rubin Carter and Artis were convicted and were handed over a sentence of three life prison terms on June 29, 1967 in a lopsided and heavily manipulated trial.

Rubin Carter won 27 boxing bouts out of the 40 he fought as a professional boxer before being sent to the Trenton State Prisons bringing his promising boxing career to an immediate stop. He was later shifted to Rahway State Prison. Maintaining his innocent and not guilty stand, Carter refused to wear the uniform of the prison inmates as a mark of protest against his wrongful and unjust imprisonment. He remained a recluse secluded in his cell. During this extended period of his isolated existence, he read extensively and wrote his autobiography titled ‘The 16th Round: From Number 1 Contender to Number 45472’, which was published in 1974 critically admired and acclaimed by the people in general.

The story of his unfortunate wrongful conviction attracted the attention of many leading dignitaries after the publication of his autobiography. Renowned singer Bob Dylan visited Rubin Carter in his prison and penned the song ‘Hurricane,’ which he included on his 1976 album ‘Desire.’ Legendary boxer Muhammad Ali also joined in the protest movement for the release of Carter along with a host of other leading luminaries of liberal politics and civil right activists.

Rubin Carter was finally exonerated from the murder charges in 1985 when a United State District Court Judge overturned his conviction.

Rubin Carter married Mae Thelma Basket in 1963. They were blessed with two sons. They got divorced after the birth of their second son. He moved to Canada after his release from prison and married his long-time supporter Lisa Peters. They were separated later.

On April 20, 2014, he breathed his last after suffering from prostate cancer. He founded the advocacy group Innocence International in 2004 and fought seeking justice for the victims of wrongful confinement.