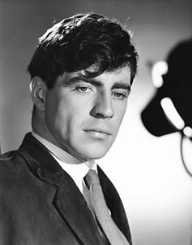 English actor Alan Bates was born on the 17 February 1934 in Allestree, Derbyshire. He had two younger brothers Martin and John. His Arthur father was an insurance salesman who was a gifted musician and trained cellist. His mother Mary was a trained singer and pianist who was conscious of bringing up her sons to well-mannered, cultured and refined.

Alan Bates was schooled at the Herbert Strutt School in Belper, which was situated close to Allestree. The school was a respected academy with a tradition of excelling in speech and drama education. In 1951, Bates took up a scholarship at RADA, the Royal Academy of Dramatic Arts where Peter O’Toole and Albert Finney were fellow students. At the end of his first year at RADA, he was called up to do National Service in the Royal Air Force. He returned to RADA in 1954.

During his schooldays, Alan Bates became interested in drama. He used to go to amateur theatricals, and films with his mother and this sparked his interest. At first, his family humored him, and both parents hoped that the phase would pass. When they realized that it would not give, they supported him, and his mother, who knew George Revill, a producer at the Derby Shakespeare Society help Bates obtain a role in a performance of King John. Around this time, Alan Bates met John Ball who was working in the Derby area. Although Ball was 24 at the time and Alan Bates 17 they formed a friendship and Ball encouraged him to pursue a career in acting. At the same time, Bates had lessons with respected acting tutor Claude Gibson who lived in Derby.

Upon graduation, Alan Bates worked with the touring group, the Midland Theatre Company. In 1956 he joined George Devine’s English Stage Company in London. Bates was in some notable plays by Angus Wilson, Nigel Dennis, and Arthur Miller before being offered the role of Cliff in John Osborne’s Look Back In Anger (1957) that made his name. Between 1957 and 1960 he appeared in various television production.

Films Alan Bates was in during the 1960s including in The Entertainer (1960), Whistle Down The Wind (1961). This was his first significant part where he played a man on the run who is befriended by a child played by Hayley Mills. A Kind of Loving (1962) was his first film with John Schlesinger and the first movie where he had star billing. Zorba The Greek (1964), Far From The Madding Crowd (1967), The Fixer (1968) and Women in Love (1969), an adaption of the D.H. Lawrence novel followed.

Alan Bates continued working on stage, television, and film for the rest of his career; he was in The Go-Between (1971), An Unmarried Woman (1978), The Rose (1979) and Nijinsky (1980). From the late 1970s onwards, Bates worked mainly on stage and in television. His television work included The Mayor of Casterbridge, The Collection, A Voyage Round My Father, An Englishman Abroad and Pack of Lifes.

Bates appeared on stage in 1997 in Life Support and won many accolades for his performance. In 2001, he appeared in the successful film Gosford Park. A British thriller set in an English country house the film was directed by Robert Altman and written by Julian Fellowes.

His last television role was in the television miniseries Spartacus (2004) directed by Robert Dornhelm.

Early awards include A Clarence Derwent Award for A Long Day’s Journey Into Night (1959), and an Academy Award nomination for The Fixer (1968),

In 1996 Bates became a CBE, and in 2003, the Queen knighted him. He was Patron of the Actors Centre at Covent Garden in London (1994-2003) where there is now an Awards Ceremony named in his honor. A theatre at Covent Garden is named after his son Tristan, who was also an actor.

Alan Bates married Victoria Ward in 1970. In 1971, twin sons, Benedick and Tristan were born. Ward suffered from undiagnosed mental illness, and the marriage suffered because of her dysfunctional behavior. Bates left the family home, eventually setting his sons up in adjoining house to his own but remained supportive of his wife both financially and emotionally. The twin boys became models and aspiring actors. In 1990, Tristram died of a suspected drug overdose when working in Tokyo. Ward died two years later in 1992 of a heart condition brought on by anorexia.

Alan Bates then was involved, Angharad Rees and Joanna Pettet. He was also gay and had various male relationships throughout his life.  (Source: Otherwise Engaged: The Life of Alan Bates by Donald Spoto).

Alan Bates died of a stroke on the 27 December 2003. He had been battling pancreatic cancer.