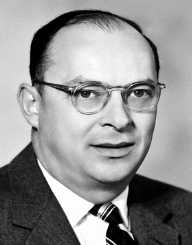 In 1947 Sir Edward Victor Appleton received a Nobel Prize in the Field of Physics. This was in regards to his notable work in the discovery of the Earth upper atmosphere called ionosphere. The study carries out a wide array of experiments such as radio waves analysis. Since inception, Edward grew up as an intelligent and determined lad. His interest in mathematics and physics grew strong day by day.

He also loved to study languages and literature. It was after his college life that Victor attained his first scholarship where he joined St John’s College in Cambridge. He earned his first honors and the rest, as they say, is history. Cling along to see more of Victor’s early and later discoveries.

Edward Victor Appleton was regarded as a dignified person who carried a great sense of commitment to his career and personal life. Wherever he went, Edward was majorly known for his active and cheerful nature. Aside from his scientific norms, Edward loved everything to do with arts as well as meeting new friends. He also loved his own company as much as he hated an impoverished life. When not at work, he loved to challenge himself with thoughtful puzzles. He loved to combine hard work with an escort of originality. Read along.

On 6th, September 1892 a duo called Peter Appleton and Mary Wilcock was blessed with their second born son in Bradford, West Yorkshire, England. He was none other than Edward Victor Appleton whose father served as a warehouseman. Edward first joined Hanson Grammar School where he fathomed well at the end of every term. Although he loved to study all subjects, Victor concentrated more on mathematics and science.

It was at the age of 16 that Edward Victor Appleton attended the University of London. After a short pause, he earned a scholarship to join St John’s College in Cambridge. He majored in Natural Science where received his first-class degree in 1913.Without further ado, Victor started to work as an intern in a biological laboratory that was under Sir Lawrence Bragg. With endless effort, Edward’ career was short-lived due to 1914s World War I.

In the course of the WWI, Edward Victor Appleton was directed to offer his service as an authoritative officer under West Riding Regiment. After some time he went to work with the Royal Engineers under the same department. It was while he was doing his service that Edward came across a fancy radio. After several investigations, he found that it acted as a means of communication in the military. The device interested him to the core.

It was after the war that Victor joined Cavendish Laboratory where he served as an assistant. While there he partnered with Balthazar Van Der Pol. As a duo, they started to investigate the performance of radio tubes.

In the mid of 1924, Edward Victor Appleton took a seat at the University of London as the acting Professor of Physics. Here, he received acclaimed remarks in the office and public. This was due to his early research of electromagnetic waves as well as the study of the ionosphere. He came to define the field as F layer of ionization. Miles Barnett who acted as his front-man helped Victor to shape his career.

After some time Edward partnered with his team, and in the middle of all, they detected an ionosphere called Appleton-Barnett. It was the only discovery that paved the way for the establishment of long-distance communication through a radio.

From 1936 to 1939 Edward Victor Appleton got a seat as the Professor of Natural Philosophy at the University of Cambridge. In 1939 he was appointed as the secretary of the Faculty of Industrial and Scientific Research. In the course of the WWII Victor worked on atomic bombs as well as radar.

After the end of the war, he served as the Secretary of Industrial and Scientific Research. He then partnered with Dr. J. S Hey where they discovered strong emitters of electromagnetic radio waves. From 1949 to 1965 Edward was appointed as the Vice-Chancellor and Principal of the University of Edinburgh.

With his tremendous discoveries, Edward Victor Appleton was once interviewed by BBC in 1956 where he went to prove his results at Reith Lectures Institutes.

Edward Victor Appleton is notably remembered for his ionosphere discovery that he called the F layer of the ionosphere. It is also called as Appleton or Bartnett layer. In 1947 Edward garnered the Nobel Prize in Physics due to his first discovery. He followed it up with other recognitions such as Royal Medal, Albert Medal, Chree Medal, and Faraday Medal among others. In the mid of 1915, Edward Victor Appleton tied a nuptial knot with Rev. J. Longson with whom he had two daughters. He breathed his last on 21st, April 1965, at 72 years of age in Scotland.