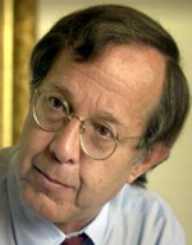 Jonathan Kozol was born on September 5, 1936, in Boston, Massachusetts, USA.

As a teenager, Jonathan Kozol attended Noble and Greenough School. He later graduated from this school in 1954. After graduating, he went on to enroll at Harvard University. Here, he focused primarily on studying English. It was while attending school here that he published his first novel: The Fume of Poppies.

Jonathan Kozol later graduated from the university in 1958 with a bachelor’s degree. His great grades at Harvard earned him a Rhodes scholarship, which he chose not to take. Instead, he continued his education informally in France, studying under Richard Wright and William Styron.

After finishing his informal studies, Jonathan Kozol returned to the United States. Once here, he moved to his hometown of Boston and began tutoring students. Soon after, he began formally teaching in the Boston area public schools.

In 1967, Jonathan Kozol published his first book, a non-fiction work titled Death at an Early Age: The Destruction of the Hearts and Minds of Negro Children in Boston Public Schools. This was just one of the many ways he showed his support for his African American students. He was proud to teach the literature of African American authors. However, this was not highly acceptable yet, as the United States was still highly racist during this time. Eventually, he was fired from his teaching position for reading a poem by one of the most popular African American poets, Langston Hughes.

After being fired from teaching, Jonathan Kozol had more time to focus on his writing. In fact, it can be argued that the 1970’s was his most productive time as a writer. During this decade he wrote several books: Free Schools; The Night is Dark, and I am Far From Home; and Children of the Revolution: A Yankee Teacher in the Cuban Schools.

The 1980’s were also a productive writing time for Jonathan Kozol. His books from this period are as follows: Prisoners of Silence: Breaking the Bones of Adult Illiteracy in the United States; On Being a Teacher; Alternative Schools: A Guide for Educators and Parents; Illiterate America; Rachel and Her Children: Homeless Families in America. Most of his books were focused on activism and changing the education system in America, especially for those people (the poor, minorities, and otherwise underprivileged) who could not afford anything other than public education.

In the 1990’s, he only wrote two books: Savage Inequalities: Children in America’s Schools and Amazing Grace: The Lives of Children and the Conscience of a Nation.

In the 2000’s and 2010’s, he has written several more books. His latest book came out in 2015. Jonathan Kozol continues to write and shows no sign of slowing down. His last books are as follows: Ordinary Resurrections: Children in the Years of Hope; The Shame of the Nation: The Restoration of Apartheid Schooling in America; Letters to a Young Teacher; Fire in the Ashes: Twenty-Five Years Among the Poorest Children in America; and The Theft of Memory: Losing My Father One Day at a Time.

Jonathan Kozol has founded two nonprofit organizations: Cambridge Institute for Public Education and Education Action! Both of these groups work towards bettering education standards around the United States. The groups also try to help teachers earn more money (since many teachers are underpaid in the United States) and to support students both academically and with simply moral support.

All of Jonathan Kozol’s awards are for his writing. Some of his most prestigious awards are listed below.