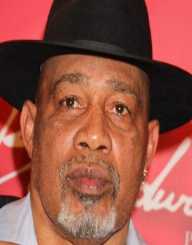 Ken Norton was born on August 9, 1943, in Jacksonville, Illinois, United States. He was an American professional boxer and heavyweight champion known for his win against Muhammad Ali in three legendary fights. He was also a former United States Marine before venturing into boxing in 1967. He contended against Muhammad Ali in the 1970s in three bouts but won only one in which he broke his jaw. He held the WBC title briefly in 1978 before retiring from boxing in 1981. He developed health complications which he had for years before his death on September 18, 2013.

Kenneth Howard Norton was born on August 9, 1943, in Jacksonville, Illinois, United States. He was a prolific athlete since his high school years were he participated in sports like football, baseball, and track. He was a good sportsman who stood out amongst the rest. He received a football scholarship to Truman State University in Kirksville, Missouri where he studied elementary education. However, he never saw his way through to completing college due to an injury he got after two seasons in active sports.

In 1963 he joined the United States Marine where he started engaging in active boxing. He became the best boxer in the marine and received titles including the North Carolina AAU Golden Gloves, International AAU title, and Pan American title. In 1967, he participated in the National AAU finals in which he showcased his professionalism in boxing. After four years of service in the marines, he was discharged in 1967.

Ken Norton began his professional boxing outside the marine engaging in several bouts in which he emerged victorious. With each bout, he was becoming better day by day and adding up to his skills. However, in 1970 he was defeated by a Venezuelan boxer Jose Luis Garcia whom he later overpowered in their re-match five years later.

In 1973, Muhammad Ali picked on him as his next opponent following his aspiration to take back the title from Joe Frazier. He was not sure whether he would face Ali but drew his inspiration from a book he had read earlier titled ‘Think and Grow Rich’ by Napoleon Hill. On the scheduled date on March 31, 1973, he met Ali in a ring at the San Diego Sports Arena and in their contention broke his jaw giving him a win in a 12-round split decision. It was his first match against Ali who sought revenge in their second match six months later at the Forum in Inglewood, California in September 1973. He lost to Ali who won the match by a split decision.

In 1974 Ken Norton contended against George Foreman for the world heavyweight championship. Foreman knocked him out in the second round at the Poliedro de Caracas in Caracas, Venezuela.  In 1975, he earned his victory over Jerry Quarry for the NABF heavyweight title after knocking him with a TKO in the fifth round.

On September 28, 1978, he met Ali in their third and last fight at the Yankee Stadium in New York City with about 30,000 people watching the match. After a tough battle, Ali was pronounced winner of the match by a unanimous decision which took Norton by surprise having the determination that he would win.

However, in 1978 he received the world championship title when the then champion Leon Spinks refused to battle against him. Later that year, he lost his title to Larry Holmes and lost another match against Gerry Cooney in 1981 by a knockout.

Ken Norton married his first wife Jeannette Henderson in 1966 and together had one son Ken Norton Jr. the couple separated in 1968 and Norton remarried Jacqueline Halton in 1977 and had three children namely Keith Norton, Kenisha Eronda and Kene Jon. The couple divorced in 2000 leading him to his third marriage to Rose Marie Conant in 2012. He remained married to Rose until his death on September 18, 2013, in Las Vegas. He died at the age of seventy after experiencing constant strokes during his later years.