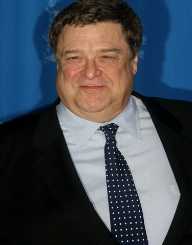 American actor John Stephen Goodman was born on June 20, 1952, in Affton, Missouri. His father was a postal worker and died of a heart attack when Goodman was only two years old. His mother worked as a waitress and retail store associate. Goodman has a sister and a brother.

Goodman attended Affton High School, where he played football and was also interested in theater. For his football performance, Goodman earned a football scholarship to Missouri State University. At Missouri State, Goodman discovered the drama program and graduated in 1975 with Bachelor of Fine Arts.

While playing college football, Goodman was severely injured and couldn’t continue his football career. He then decided to become a professional actor. He moved to New York in 1975. He first started to work as a waiter and a bartender, and eventually found work doing voice-overs and commercials. He also performed in several diner theatres.
In 1985, Goodman landed the role of Pap Finn in the musical Big River. He was also the first guest on Late Night with Conan O'Brien. He has also hosted NBC’s Saturday Night Live for several times. His film career began in 1982, with a small role in Eddie Macon’s Run. His big break was the 1986 movie True Stories.

In 1987, Goodman began his cooperation with the Coen Brothers, his first film being Raising Arizona. He was later cast in Barton Fink, The Big Lebowski, and O Brother, Where Art Thou. Goodman is best known for his role as Dan Conner on ABC’s sitcom Roseanne.

Goodman continued appearing on several TV projects, like the drama The West Wing and Studio 60 on the Sunset Strip. For his role in The West Wing, Goodman won an Emmy Award in 2007.

Goodman has also been cast for several animated series and children’s movies. He starred as Fred Flintstone in the film adaptation of the famous cartoon. He is also the voice of Robot Santa on Futurama. Goodman has collaborated with Disney on several films. He was the voice of Pacha in The Emperor’s New Groove and Sulley in Pixar’s Monsters, Inc. in 2013; he was inducted as Disney’s Legend.

Besides his other theater roles, Goodman was also cast as the Pozzo in 2009 play Waiting for Godot. For his role, Goodman was critically acclaimed. In 2015, he starred as Donny in the American Buffalo at the Wyndham’s Theatre.
In 2012, Goodman appeared on two back-to-back Academy Award winner movies for Best Picture. It was the live-action film The Artist and Argo. Goodman also played North Carolina Senator in Amazon’s Alpha House political comedy. His latest film project is the 2015 film Love The Coopers.

Goodman has appeared on several projects to raise funds for Hurricane Katrina. He, along with Sandra Bullock, Peyton Manning, Blake Lively and other celebrities appeared in commercials to raise awareness for the Deepwater Horizon oil spill.

In 1989 Goodman married Annabeth Hartzog. The couple lives in New Orleans, Louisiana. They have a daughter Molly, who works as a production assistant.

Goodman has been open about his alcoholism. He was an alcoholic for 30 years and has been sober since 2007 and attends Alcoholics Anonymous almost every day.

Goodman used to weight close to 400 lb, but since 2010, he has lost around 100 lb. He was exercising and keeping a journal on what he was eating. His change of figure draws a lot of attention at the Toronto International Film Festival in 2015.