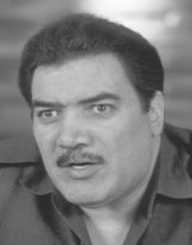 Mohammad Najibullah was born on August 6, 1947. He was a politician in Afghanistan. He was the President of Afghanistan from 1987 to 1992. His reign as President was never recognized internationally, but he served his country diligently for five years. He joined politics when he was only eighteen years old.

Mohammad was born on August 6, 1947, in Afghanistan. He was born to Akhtar Mohammad Khan who was a trade delegate for the Afghan Government and his wife. He attended Habibia High School in Kabul. He also attended St. Joseph’s School in Baramulla, Kashmir. He later joined Kabul University where he studied medicine. In 1965, he joined the People’s Democratic Party of Afghanistan. In 1975, he graduated from the university with a Degree in Medicine.

As a member of the People’s Democratic Party of Afghanistan, he was appointed as a body guard and advisor to one of the representatives of the party. In 1977, he was elected into the Central Committee of the party. In 1978, the party came into power and he was made the Afghan ambassador to Iran. He was later fired because of a misunderstanding in the party in the same year and he went into exile in Eastern Europe. In 1979, he returned to Afghanistan where he was made the chief of the Afghan Intelligence Agency which was known as KHAD. In 1981, he was elected as a member of the People’s Democratic Party of Afghanistan Politburo. His leadership as the chief of KHAD was impressive as he attracted the attention of the Soviet leadership. In 1986, KHAD was made a ministry.

In the same year, Mohammad was appointed the General Secretary of the People’s Democratic Party of Afghanistan. In 1987, he became the President of Afghanistan. He was supported fully by the Soviet Union. As President, he announced that the members of the People’s Democratic Party of Afghanistan were no longer Marxists but Muslims. He made Afghanistan a Muslim state. He highly limited the freedom of speech especially to the people who did not have the same ideologies as him. In 1991, the Soviet Union was dissolved and so there was no more foreign aid for his government. In 1992, he was ousted from the Presidency. He was also prevented from running away from the state. He later lived in the United Nations compound in Kabul where he took refuge until 1996 when he died.

Mohammad married Fatana Najib who was a doctor with whom he had three daughters. In 1996, the Taliban in Afghanistan stormed the United Nations compound where he was living and captured him. He was castrated and dragged across the streets for people to see his humiliation. He was later hanged in the presence of the general public. He died in September 27, 1996, in Kabul at the age of forty nine.