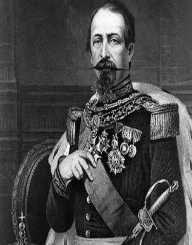 Antanas Smetona was born on 10 Aug 1874 in Uzulenis, Lithuania. His parents were Jonas Smetona and Juliana Kartanaite. He came from a family of farmers and was eighth of nine children. His father was literate and taught Smetona at home.  His father died in 1885, and the family was in financial difficulties.

Despite this, he was the only child sent to school. He completed his primary schooling in 1889 but could not be formally educated because he was already 15. He studied privately and later joined the Palanga Pre gymnasium and received a loan waiver because he was a brilliant student. He was also given free housing and was able to support himself by giving private tuitions.

Palanga was close to East Prussia, and Smetona was able to get Lithuanian publications and texts which were banned in Lithuania. He also read the history of Lithuania which was written by Maironis. After graduation, he enrolled in a seminary in 1893 as per his mother’s desire. He, however, did not continue and later enrolled in Jelgava gymnasium in Latvia. He joined a secret political organization which resisted the czarist regime.

Jelgava gymnasium was the place where Smetona first showed his rebellion. Lithuanian students were forced to recite their prayers in Russian. Other German and Latvian students were allowed to recite in their native language. Antanas Smetona with other students refused to comply and were expelled. Later they were readmitted and allowed to pray in Latin. Smetana did not return but finished his studies in St Petersburg

Antanas Smetona then joined the Law School at the University of St Petersburg. St Petersburg had a direct railway connection to Lithuania and was an important Lithuanian Cultural Centre. He continued his political activities and became chairman of the Lithuanian Student Organization. He published and circulated books on Lithuanian literature and grammar.

Antanas Smetona was imprisoned and deported to Vilnius for participating in student protests. The city of Vilnius had a great impact on Smetona. He was later released and threatened with expulsion. In 1902 Smetona got his first job in the Vilnius Land Bank in Vilnius. He worked there till 1915. He was involved in the Lithuanian Democratic Party and was elected to its Presidium in 1904 and 1907.

Antanas Smetona worked as a journalist and was on the writing staff of Vilniaus Zinios (The Vilnius News) and editor of Lietuvos Ukininkas (The Lithuanian Farmer). He propagated national unity and needed for an independent state through the newspaper Viltis (The Hope), Lietuvos Aidas (Lithuanian Echo) and Vairas (The Rudder).

Smetona continued his work and in 1923 became an Assistant Professor at the University of Lithuania. He was awarded an honorary Ph.D. at the Vytautas Magnus University. In 1926 he was one of the leaders of the Coup d’état He deposed President Kazys Grinius and became President.

Antanas Smetona became increasingly authoritarian and assumed great powers by promulgating a new constitution. He was elected in 1931 and 1938. He improved the economic condition. There was an improvement in the transport system and agriculture. In 1940 Lithuania was taken over by Soviet troops because of a pact between Nazi Germany and the Soviet Union. Smetona fled to Germany handing over duties to Merkys on 15 Jun 1940.

Antanas Smetona could not continue in Germany and on 4th Sep petitioned the US Embassy for visas. He traveled to Bern, Lisbon, and Brazil.  He reached the US on Mar 1941.

Antanas Smetona married SofijaChodakauskaite in 1904. They had a son together with whom he settled in Cleveland with his son. He died in a fire at his son’s home in 1944.