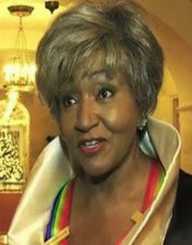 Grace Bumbry is considered among the best opera singers of her generation. Her fifty years span career saw her perform across the world taking a role in the Classical Opera.

Grace Bumbry was the last born child of James Bumbry and MelziaBumbry. Her father was a freight worker and her mother a school teacher.

At the age of 17, she scooped the prize of a talent search contest at St. Louis radio station. The award came with a scholarship to join a conservatory school. She was however rejected by the school because of her skin colour.

Grace Bumbry went to Sumner High School, based in St. Louis. She later went to St. Charles Summer High School. It was the first black High school to be established in Mississippi. After her rejection by a local music school to receive Grace because of her skin colour, the organizers of the music contest she had won felt obligated to find Grace, another school.

She received admission in 1995 to join Boston University of Fine Arts. After a short span at the university, she went to North Western University. Together with Lotte Lehman, who she met in the university, they enrolled at Music Academy of the West in California.

After winning Metropolitan Opera National Council Auditions, Grace Bumbry made her concert debut in Landon, and later her opera debut at a big stage in Paris in 1960. Between 1960 and 1962, Grace performed with Basel Opera. She became the first black to take the role of Venus in Richard Wagner's Tannhauser.

She made an appearance in 1962, at a Carnegie Hall in New York City. She made the United States Opera Debut at Chicago Lyric Opera in 1963.

Grace Bumbry continued with her role as mezzo-soprano through to 1960s. She gained a lot of fame when Wieland Wagner cast her as Black Venus. The title did not go well with some the conservative audience. She was applauded for 30 minutes for her outstanding performance.

Grace sang at the White House twice. First, she received an invitation from Jacqueline Kennedy to perform at the Whitehouse. Later she performed at president Regan inauguration. She is a music teacher and a judge for completion for upcoming singers.

Grace Bumbry married Erwin Jaeckel in 1963, the two however divorced in 1972. Grace resides in Salzburg Austria.

Grace Bumbry was inducted to the St. Louis Walk of Fame. Also, Grace received the UNESCO Award. Her contribution in performing arts was recognized when she received the Kennedy Center Honors in 2009.