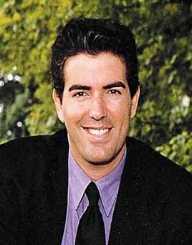 Wayne Pacelle was born on August 4, 1965, in New Haven, Connecticut, United States. He is a former American president and chief executive officer of the Humane Society of the United States. He was appointed as the president of HSUS on June 1, 2004, and served for over ten years before he was forced to resign on February 2, 2018, after allegation on sexual harassment. As president and CEO of Humane Society, he played a significant role as spokesperson and chief lobbyist. He also set the HSUS in force to fight and advocate for animal rights.

Wayne Pacelle was born on August 4, 1965, to Richard L. Pacelle Sr. and Patricia Pacelle. He was born in New Haven, Connecticut, the United States as the last child in a family of four children. He was fascinated with animals from an early age and loved reading historical books. As a youth, he completed his education at Notre Dame High School in 1983 and later attended Yale University from where he graduated with degrees in Environmental Studies and History under William Cronon in 1987.

Wayne Pacelle started his career working for advocate and author Cleveland Amory as executive director of the Fund for Animals. After years as director, he began serving at the Humane Society of the United States (HSUS) in 1994 under the department of political and communications operations. In April 2004, the HSUS board of directors appointed him as president. In his tenure, the organization grew in size and recorded a higher budget margin.

He established the Humane Society Legislative Fund in 2006 and later he founded the Humane Society Veterinary Medical Association. With his leadership skills, the organization had spread its wings to more than fifty nations globally. He also brought the Cleveland Amory Black Beauty Ranch to be part of the HSUS. In 2008, the Duchess Sanctuary was established which provided was home to many of the horses in Oregon.

Apart from establishing facilities and combining different faculties as part of HSUS, Wayne Pacelle also came up with various legislations. Such state and federal laws include laws on elections by use of the state-level ballot initiative, laws that outlawed cockfighting among others. In 2008 he initiated better standards known as Proposition 2 in California that provided sufficient care to farm animals. In 2010, Proposition B was enacted in Missouri which addressed puppy mills. He also outlawed trafficking fighting animals, set up laws to protect animals in their natural habitat.

In 2018, Wayne Pacelle was under investigation for an alleged sexual relationship with a co-worker. The HSUS began their internal investigations in December the same year to investigate the accusations of sexual harassment on three different occasions. He could not stand the dissent and pressure he received from both colleagues and people outside which led to him resigning on February 2, 2018.

As president and CEO of HSUS, Wayne Pacelle also authored a number of books including ‘The Bond: Our Kinship with Animals, Our Call to Defend Them’ published in 2011. In the book, he highlighted the humans-animals bond and how to deal with all animals in their respective habitats.

It was followed by other book titled ‘The Humane Economy: How Innovators and Enlightened Consumers Are Transforming the Lives of Animals’ published in 2016. The book talks about how technology has been of help in the care and treatment of animals. He has also appeared in numerous television shows including 60 minutes, Oprah, The Today Show, and Ellen among others.

The NonProfit Times named Wayne Pacelle an Executive of the Year for showcasing great leadership qualities in dealing with the Hurricane Katrina crisis. In 2008 he received the Special Achievement Award in Humanitarian Science awarded by the National Italian American Foundation. He received the Knight of Honor Award from Notre Dame High School in 2010.