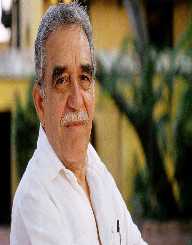 Gabriel Garcia Marquez was born on March 6th, 1927. He is a Nobel Prize winner for his exceptional writing skills. As a result of his career achievements, he is considered as one of the most outstanding writers of the 20th century. A tactic that he utilizes to capture and interest his audience is that of bringing together the world of fantasy with traditional stories. Some of his famous works are Cien años de Soledad- One Hundred Years of Solitude and El Amor en Los Tiempos del cólera- Love in the Time of Cholera. Garcia Marquez passed away at the age of 87.

Gabriel Garcia Marquez was born on March 6th, in 1927. His place of birth is in Aracataca, Colombia. His father was called Gabriel Eligio García. When Garcia Marquez was young, his father took the job of a pharmacist, and he had to migrate with his wife to Barranquilla. This left Garcia Marquez under the care of his grandparents. Later on, in 1936, his father shifted with Marquez and his brother to Sincé. Shortly after this, they again moved to Barranquilla before finally settling in Sucre. This was the place where his father began his pharmacy business.

It was in Sucre that Marquez started is formal education. During his early school years, he had gained the recognition for his entertaining poems. In the field, he was not an active person as he did not engage in any athletic activities. At the age of 14 years, he earned himself a scholarship to the Jesuit Liceo Nacional school. He studied here till 1946 where he graduated.

Regardless of his interest in pursuing journalism, Marquez went on to study law at the National University of Colombia located in Bogotá. This was a move he made after being pressured by his parents. He was still motivated to write even while studying law. His main inspiration came from his grandfather’s stories. With time, the urge to become a famous writer grew as each day passed. It took a short period before he released his publication La Tercera resignación. On September 13th, in 1947, this work was published in one of the local newspapers, El Espectador.

Marquez continued studying law with the main aim of pleasing his father. However, his time at the university was terminated following bloody riots. This contributed to his moving to Universidad de Cartagena. Sooner or later, Garcia Marquez worked as a reporter for El Heraldo, a local newspaper. With him working on his new journalism career, he never managed to complete his higher education studies. Nonetheless, his prowess in writing earned him an honorary doctorate from several universities including Universidad de Columbia New York.

In his writing career, Marquez was famous for his work Cien años de Soledad- One Hundred Years of Solitude. This was published in 1967. This writing received positive reviews globally, and it went on to be a commercial success. This popular novel was based on Marquez’s unique style of writing which is magical realism. Years later in 1985, another novel that employed the same style of writing was published, i.e., El Amor en Los Tiempos del cólera- Love in the Time of Cholera. In total, he wrote and published seven novels during his existence. Other titles are as follows El general en su laberinto- popularly known as El general en su labyrinth (1989) and Del Amor y Otros demonios- Of Love and Other Demons (1994).

Garcia Marquez wedded Mercedes Barcha and had two sons together, Gonzalo and Rodrigo.

Gabriel Garcia Marquez died on April 17th in 2014. He was 87 years old when he passed away.