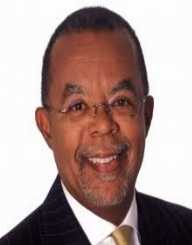 Henry Louis "Skip" Gates Jr. was born 16th September 1950. He was born in Keyser, West Virginia, in the United States. His father, Henry Louis Sr., worked in a paper mill, and his mother, Pauline, worked as a cleaner.

Gates studied at Piedmont High School, and he graduated in 1968. He went to Yale College and earned his degree in history. As a result, Gates then traveled to England and studied at Cambridge University. He graduated with his Ph.D. in English literature.

Henry Louis Gates Jr. studied at Yale Law School for a month, but then he left. In late 1975, Charles Davis hired him as a secretary in the Afro-American Studies Department. Yale promoted Gates eight months later to the position of Lecturer. He taught Afro-American Studies.

In 1979, Gates became an Assistant Professor in both Afro-American Studies and English. Yale then promoted him to Associate Professor in 1984.

Cornell University offered Henry Louis Gates Jr. tenure in 1984, which he accepted. As a result, he taught at Cornell until 1989, and he then spent two years at Duke University.

In 1991, Gates joined Harvard University. In 2006, he became the Alphonse Fletcher University Professor of English.

He has worked tirelessly to have black culture and literature more widely recognized in the overall scheme. Accordingly, he believes there is a place for black literature to become more widely accepted.

Henry Louis Gates Jr. has worked to bring greater equality for black Americans. This includes in the areas of education, intellectualism, and the social fabric of society. Gates has been a great advocate for advancing black issues.

Gates has written over 20 books during his career. The most well-known of these is The Signifying Monkey (1988). He has also edited 12 books.

As well as teaching, Gates has been involved in 17 movies or series. These include Great Railway Journeys (1995) by the BBC, and African American Lives (2006).

Henry Louis Gates Jr. has received a plethora of honors and awards. These include:

Gates has over 50 honorary degrees.

In 1979, Henry Louis Gates Jr. married Sharon Adams. They have two children, but they divorced in 1999.