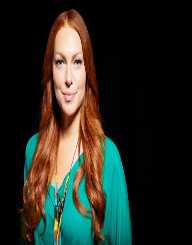 Laura Helene Prepon was born on March 7, 1980. She is the youngest of five siblings. Her father was an orthopedic surgeon, and her mother - a high school teacher. Her father passed away in 1993 during a heart surgery, which was a significant loss for Prepon. She is very close with her family and continues to gather with all of them in her home in New Jersey.

Laura went to Watchung Hills Regional High School until she was 15 years old. Prepon fell in love with acting and transferred to Total Theatre Lab in New York. There she also studied ballet, jazz, and modern dance. During her years of studying, she also worked as a model. Prepon went to model in Paris, Milan, and Brazil, but she quickly grew tired of modeling. She has even said that she hated it.

Laura Prepon was very passionate about acting. She never considered modeling to be her career. Her first breakthrough was in 1998 when she sent an audition tape for Fox new project “That ‘70s Show”. The show follows a group of six teenagers in Wisconsin, and Prepon landed the role of Donna. The show turned out to be a significant success, and also launched the careers of Ashton Kutcher and Mila Kunis.

After her significant breakthrough, Laura Prepon has joined several TV and movie projects. She starred on the ABC series October Road, as well as the CBS’s How I Met Your Mother. She also starred in several movies - Slackers (2002), Lightning Bug (2004) and The Killing Game (2011).

In 2012 she got the lead role in series Are You There, Chelsea - a TV show based on Chelsea Handler’s life. The show lasted only for a season. Next year, Prepon landed the role of Alex in Netflix Orange Is The New Black. In 2016, she starred in the thriller The Girl On The Train with Emily Blunt.

Laura Prepon has been featured in Maxim and Stuff magazine in their list of most beautiful women in the world. Despite her success and great looks, Prepon is known to be a down-to-earth girl. She has said that her wardrobe consists of “the same jeans and a different T-shirt every day.” Her hobbies include fishing, shooting, riding dirt bikes and playing poker.

In 2005 she took her poker hobby to a new level by co-producing E! Entertainment’s reality TV show Hollywood Hold’em. In 2007 interview for Woman’s Health magazine, she stated that she is a Scientologist. Her plans also include directing movies. In 2016 Prepon announced her engagement with actor Ben Foster.

For her performance as Alex in Netflix Orange Is The New Black Laura Prepon won the Satellite Award for Best Cast in TV series and Best Supporting Actress in Series, Miniseries or Television Film in 2013. In 2015, she won the Screen Actors Guild Award for Outstanding Performance by an Ensemble in a Comedy Series.