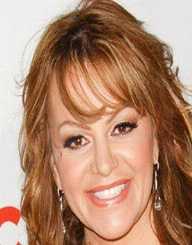 Dolores Jenni Rivera Saavedra was born on 2nd July 1969, to Pedro Rivera, and Rosa Saavedra. She was born in Long Beach, California, United States, although her parents were from Mexico.

Rivera was one of six children, and the family was a close and loving one. Traditional Mexican music was instilled in the children from a young age, including genres such as banda, nortena, and ranchera.

Rivera’s father was a bartender, but he was also a businessman, and he established the record label called Cintas Acuario in 1987. It was her father’s record label that started the career of the Mexican singer/songwriter, Chalino Sanchez.

Rivera fell pregnant at the age of 15. Up until that time, she was a straight A student. Rivera sold CDs at flea markets to support herself and her baby, and at the same time studied for her GED (four subjects to give her the equivalent of a high school diploma).

After she graduated, Jenni Rivera studied at California State University at Long Beach. She graduated with a Degree in Business Administration.

When Rivera graduated from college, Jenni Rivera worked in real estate for some time, before joining her father at his record label.

Her first recording was in 1992 and was a present for her father. As she made further records, she signed with Capitol/EMI’s Latin division. Her first album was released in 1995. She later signed with Sony Music, and then in 1999, with Fonovisa Records.

Jenni Rivera released her first commercial that same year with Fonovisa. It was called Que Me Entierren Con la Banda. Her hit from the album was a song called Las Malandrinas, and it was after the success of this song that people started taking notice of her.

From 2001 through to 2005, Rivera continued releasing records, and her popularity grew. She was nominated for a Latin Grammy in 2001 for Best Banda Album, and in 2004, her compilation disc made it into the music charts in the US.

Rivera continued to go from strength to strength, releasing albums and singles and proceeded to hit the charts and win awards. She also toured to sell-out concerts. Her contract with Fonovisa Records was renewed in August 2011.

Branching out from her music, Jenni Rivera produced a reality television show called Chiquis & Rac-C, and she also appeared on other shows such as I Love Jenni, and La Voz Mexico, a Mexican talent show.

In 2013, posthumously, her acting debut was released, a movie called Filly Brown.

In 2013, her autobiography was released. Jenni Rivera had been working on it over the years, and her family put it together after her death, and the book was published, and instantly became a New York Times bestseller. The book was called, Unbreakable/Inquebrantable. It was lauded by the media such as CNN, Billboard, Fox News and The New York Times, as being the best selling artist and also the most important female in the regional Mexican music genre.

Jenni Rivera wasn’t without controversy. In June 2008, she was arrested for allegedly hitting a fan during a concert. She was detained during her arrest but was released after paying $3,000 bail.

In May 2009, Rivera was arrested by customs at the Mexico City airport. She had failed to declare over $50,000 in cash that she was carrying. She paid a fine of $8,400 and was released. It was thought that during 2009, she performed at parties held by drug cartels.

After her death, legal cases continue, with her widower suing for wrongful death, her estate suing her former manager for breach of copyright, and also suing Starwood Management Inc for negligence about the plane accident that killed her.

The plane Jenni Rivera was travelling in crashed on 9th December 2012. Both Mexican and US officials worked on the case, but the case was closed in December 2014, with no determination being made as to why the plane crashed.

Jenni Rivera was married three times. Her first marriage was to Jose Trinidad Marin in 1984, and they divorced in 1992.

Her second marriage was to Juan Lopez in 1997, with divorce following in 2003.

Her third marriage was to Esteban Loaiza in 2010, and they were still married at the time of her death, although they had filed for divorce some months earlier. The separation, however, had never been finalized.

Jenni Rivera established the Love Foundation. The Foundation works to help women and children who have been through physical or emotional abuse. Rivera was known for her hard work and ‘giving back’ to the community.

In 2016, The Jenni Rivera Love Foundation opened Jenni’s Refuge, in partnership with New Life Beginnings. It is a refuge for women and children, based in Long Beach, California.