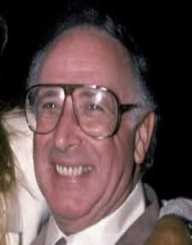 Don Brinkley did his high schooling in New York City before graduating from Hofstra College.

While still studying, Don Brinkley began writing radio scripts and submitting them to major networks. During World War II, he was in the U.S. Army, and when he returned, he continued his writing career.

Don Brinkley had a career retrospective at the Museum of Broadcasting in New York City in 1988.

Don Brinkley was married twice and had four children: Christie, Greg, Jeff, and Kim. Don Brinkley lived to be 91 and died in Sag Harbor, New York on the 14 July 2012. His daughter Christie is a famous model, and his son Greg acted in the Trapper John, MD series. Both Christie and Greg were his stepchildren whom he adopted when he married their mother Marge (m.1957). His other two children, Jeff and Kim he had with his first wife, Lois.