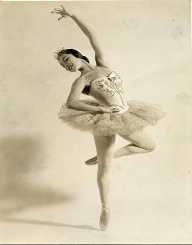 Maria Tallchief is the woman who is regarded as the revolutionary American ballerina and broke barriers for the women in the Osage tribe. What was considered as impossible for such Native Americans was now made possible, thanks to her efforts?

Elizabeth Marie Tall Chief was born on 24th January 1925 in Fairfax, Oklahoma. Being the daughter of the Osage tribe, no one had ventured into the world of ballet, but she was determined to change that notion. She grew up in Los Angeles, California where she learned the dance for several years.

During the studies, she was working with Bronislava Nijinska and Ernest Belcher. In the 1940s during her early stages of the career, she danced with the Ballet Russe de Monte Carlo. It is at this juncture that she now became to be professionally known as Maria Tallchief. In 1947, she was the first prima ballerina of the New York City Ballet. The title implied that she would hold the position for 13 years.

In the process of working, Maria Tallchief met George Balanchine who was a famed choreographer, and they had a love affair. They went ahead to wed in 1946 but eventually separated in less than five years. The separation happened in 1951, but the two continued to work well together. Maria even danced to his choreography after joining the New York City Ballet in 1948.

Ballfield married Paschen Henry in 1957 and had their first daughter named Elise in 1959. Elise’s birth made Tallchief take some time off, away from the ballet. She wanted to concentrate and dedicate all her energies to caring the baby. She resumed back to the ballet stage and continued working for more productions till she retired in 1965. In her retirement, she opted to be a dance instructor and the artistic director of the Chicago City Ballet.

In 1996, Maria Tallchief was among the five artists that received the Kennedy Center Honors because of their artistic contribution in the US. She was also inducted into the National Women Hall of Fame.

In 1999, Maria received the highest award given to arts, patrons, and artists which are called the National Medal of Arts. It is a sign of special recognition for the outstanding contribution to growth, support, excellence, and availability of arts in the US. Such an award has only been awarded to Harry Belafonte, Cab Calloway, and Baryshnikov.

Maria Tallchief passed on at the age of 88 on 11th of April 2013. She died at a hospital in Chicago, Illinois. The cause of her death was never mentioned. Her daughter Elsie Paschen was there, alongside her sister Marjorie Tallchief and the grandchildren who are two.  Following her demise, her daughter Paschen Elsie summarized her mother’s legacy as that of a teacher, an artistic director and a ballet dancer from the Native American tribe.

Maria Tallchief always strived for excellence in everything she was doing anywhere. She was passionate about everything. She won hearts of her critics who termed her as having a strong mentality, technical precision, strength, and musicality.