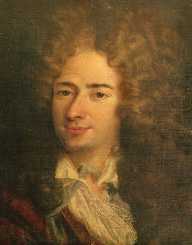 French philosopher and well-known satirist Jean de La Bruyère was born on August 16, 1645, in Paris, France. He had a common origin. His father rose to the position of the controller general of finance at the Hôtel de Ville, where the local administration of the city was housed.

As a result, La Bruyère’s father could leave a substantial amount of money for him as an inheritance. He received his early education from the Oratorians, a group of the Roman Catholic priests engaged in charitable and benevolent work.

In 1665, he obtained a law degree from the University of Orléans. In 1671, he again acquired a moderate amount of inheritance from one of his uncles. Due to this inheritance, La Bruyère could afford to lead a comfortable life and refrained from practicing his craft. Introduced by the renowned humanist and theologian Jacques-Bénigne Bossuet, he became the tutor of the 16-year-old grandson of Louis XIV, Louis III de Bourbon in August 1684.


Life In The Court Of Louis XIV

With his entry as the tutor of Louis III de Bourbon, La Bruyère lost his independence as a free man. He had to adapt to the life of a court jester always keen and eager to please his employer.

The level of social discrimination between him and his patrons always hurt him. He was never able to reconcile to the superficial and at times the silly world of the French court. Silently enduring the treatment of a domestic servant, he remained observant and closely noticed the court and its frailties.

The discrepancies Jean de La Bruyère suffered due to the difference in social status between him and his masters hurt his self-esteem and dignity. In 1688, he published his only literary work ‘Les Caractères’ (The Characters).

The book comprises many collections of his many satirical observations and caricatures he witnessed during his association with the household of Louis, Prince of Condé. The injustice meted out to him there wounded his pride, and it reflected in the only literary work he authored.

The Masterpiece Of French Literature

Les Caractères, though a single literary endeavor from Jean de La Bruyère, turned out to be a masterpiece of French literature. The book consists of 16 chapters. In each of these 16 chapters, La Bruyère had chronicled short moral sarcastic observations excellently. It depicts the alienation among the various strata of people living in the prevalent society on the grounds of social discrimination.

It also portrays various sections of the society including the spiritual hollowness of the priests, anguish of the everyday, ordinary people, the superficial nature of the high and mighty and the commoners wanting to climb atop the social ladder.

During his years in the Louis household, he had to withstand constant mocking due to his clumsy figure, gloomy and dour manner, etc. He took all these ridicules in his stride and made some acute observations regarding the power of money in a demoralized society in his magnum opus literary work.

In 1693, Jean de La Bruyère made his way to become a member of the Académie Française. Earlier he had faced two consecutive defeats for the same. Hence, he felt a sense of accomplishment when the membership happened on the third attempt. On May 11, 1696, he breathed his last in his home in Hôtel de Condé. The reason for his sudden death was cited as apoplexy. He was re-editing his literary work for the ninth time immediately before his death.