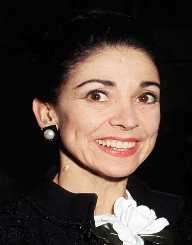 Margot Fonteyn was born on May 18, 1919. She was an English ballerina. She is among the most celebrated classical ballet dancers of all time. She started her career when she was still very young, that is, at the age of four years when her mother enrolled her and her brother for ballet classes. Her career spanned over four decades where she danced with the Royal Ballet. She was appointed Prima Ballerina Assoluta of the company by Queen Elizabeth II. She loved dancing, and so she stayed a ballerina all her life until she retired when she was sixty years old. She died on February 21, 1991.

Margot Fonteyn was born on May 18, 1919, in Reigate, Surrey as Margaret Evelyn Hookham. Her father was British while her mother was half Irish and Half Brazilian. She was brought up alongside her brother. Her mother enrolled her and her brother for ballet classes when she was only four years old. Her father was offered a job with a tobacco company in China after a few years, and so they had to move to China.  While there she studied ballet with George Goncharov who was a teacher and a Russian émigré. When she was fourteen years old, she returned to London to pursue a ballet career.

Margot Fonteyn had established that her passion and love for ballet dancing was intense. She trained with Serafina Astafieva. She joined Sadler’s Wells Ballet School where she met Vera Volkova. In 1933, she joined the Vic-Wells Ballet School which is currently known as Royal Ballet School. She received training under ballet teachers such as Olga Preobrajenska and Mathilde Kschessinska among other who helped her develop her ballerina skills. They pushed her to achieve her best in what she loved doing. She, therefore, embarked on a career in ballet dancing and adopted the stage name, Margot Fonteyn.

Margot Fonteyn was a good dancer and one that was so committed to what she wanted to achieve hence she rose very fast to the ranks in the Royal Ballet. During the 1930s she performed roles in ballets such as ‘Swan Lake,’ ‘The Sleeping Beauty’ and ‘Giselle.’ She was appointed Prima Ballerina by Queen Elizabeth II. She formed a professional relationship with choreographer Sir Frederick Ashton that she went ahead to become his muse. She created leading roles for her that were challenging, but she coped. She performed in several of his ballets including ‘Apparitions,’ ‘Nocturne,’ ‘Les Patineurs,’ ‘The Wise Virgins’ and ‘A wedding Bouquet.’ She loved working so hard with her partners and giving all of herself to the people who became her partners.

During the 1940s Margot Fonteyn formed a healthy professional relationship and pairing with Robert Helpmann. The pair travelled and performed together for several years. She also at times danced with Michael Somes. In 1954, she became the president of the Royal Academy of Dancing. Her career continued to grow further in the 1950s, and she became popular among the masses with her ballet dancing skills.

Margot Fonteyn partnered with Rudolf Nureyev in her 40s. The pairing became successful, and it was deemed as glorious in all of her careers. Rudolf and Margot became excellent friends. In 1962, they performed together in ‘Giselle’ which was a great success. They also performed in other ballets such as ‘Romeo and Juliet,’ ‘Lucifer’ and ‘Marguerite and Armand.’ In 1955, she appeared in the US Television colour production of Tchaikovsky’s ‘The Sleeping Beauty.’ In 1967, she appeared in a colour film ‘Swan Lake’ with Rudolf. In 1979, she retired from ballet dancing.

In 1956, Margot Fonteyn was made a Dame of the Order of the British Empire. In 1979, she was appointed Prima Ballerina Assoluta of the Royal Ballet.

In 1955, Margot Fonteyn married Dr. Roberto Arias, a Panamanian diplomat in London. In 1964, her husband was shot by a fellow politician, and he remained a person with quadriplegia for the rest of his life. Margot died on February 21, 1991, of cancer. Margot Fonteyn died at the age of seventy one.