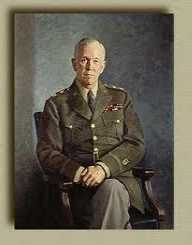 George Marshall was christened George Catlett Marshall, Jr at birth on the 31st day of December 1880. He was raised in Uniontown in the American state of Pennsylvania to a wealthy father who had two other children. His father was George Catlett Marshall while his mother was named Laura Emily. George was the youngest kid in the family. George decided early that he wanted a career in the Armed Forces against the world of business that his father was immersed in as he grew up. He proceeded to the Virginia Military Institute, and by 1901, he graduated.George's first posting was as a First Captain in the U.S Army division of Corps of Cadets. It was reported that his early education performance was poor, but his grades in Army school was a surprising turn that everyone noticed.

George Marshall displayed sterling competence in his military training and by 1902; he was commissioned as second lieutenant in the US Armed Forces. When he was promoted to First Lieutenant, he began his tour of duty across Oklahoma, Texas as well as New York.

George Marshall became a captain by July 1917, and this was at the beginning of the WW1. He was a part of the Expeditionary Force to France as the deputy in charge of operations in the G-3 unit. George excelled here as a top planner and put out his capability in a way that was unmistakable. He eventually headed the G-3 after excelling at the war fronts at Picardy, Cantigny, and St. Mihiel. By the middle of July 1918, Marshall earned his promotion to the Army Expeditionary Force headquarters. He was able to forge a working pact with the lead General at the time who was John J. Pershing.

In the aftermath of the end of the WW1, Marshall was left at his post in Europe where he served in the Eighth Army Corps. He was the Chief of Staff here at this time. In the next twelve months, George got a new posting as ADC to General Pershing. He was at this posting for the next five years until July 1924. George Marshall's promotions came in 1920 to the rank of a Major and in 1923 as a lieutenant colonel. After this, George resumed in China in August to the 15th Infantry Division, which he commanded before his return to the States in September 1927.

When WW2 set in, George Marshall was on call to preside over the most massive expansion of the American Armed Forces in history. He served as one of the war advisors to FDR and crafted the war strategy. George's role included steering the Atlantic Charter conference in Newfoundland that was held in 1941. The American collaboration with the Allied forces was overseen by George, leading to the fall of the Japanese and Nazi war machines. He was in a position to lead the Allied Forces at the European command at this time, but he appointed General Dwight D. Eisenhower to the role instead. History recalls that FDR wanted him close by on account of his planning capacity and ability to get along with the political forces in Washington.

Marshall became the first American Army officer to earn the 5-star stripe when he was so decorated in December 1944.

George Marshall oversaw the Atomic Bomb unit in 1942 when he became the Chief of Staff of the Army. While he did not directly monitor this, George interfaced with the civilian authorities before the decision was reached to bomb Japan. George worked closely with Henry Stimson, who was the War Secretary to develop the Atomic bomb secretly. The details of the appropriation made for the project was top secret.

By 1945, George Marshall was primed to midwife the invasion of Japan, and this was slated for November in that year. Marshall, however, did not take upon himself the decision to use the Atomic bomb as he deferred to the civilian authorities on this. Reviewing the impact and the casualty implication of using the bomb, he did not view the use as a light decision.

George Marshall was Chief of Staff till the end of the war after which he decided to step down from the post. He was celebrated by the British PM, Winston Churchill as the architect of the allied forces victory. He left the armed forces in 1947 and became the Secretary of State. George's call at this time was to restore civilization to the greater part of Europe after the devastating effect of the war. The Marshall Plan was put out by him on 5th June 1947 while speaking at Harvard.

The budget for the plan was $13 billion in aggressive reconstruction and restoration of the governmental support and mechanism across Europe. He left political office in 1949 and returned to the armed forces. George Marshall became the Nobel Laureate in 1953 on account of his life’s work and restoration of peace to the globe.

In February 1902, George Marshall got married to Elizabeth Coles, and this was just before he proceeded to Fort Myer. The union produced no children, and she died after thyroid surgery in 1927. Marshall remarried in the year 1930 to Katherine Boyce Tupper. Katherine was already the mother of three children that became Marshall’s by default. The union produced no more children after that. Records show that he offered the children counsel and love although his frequent military postings meant he had to be away from home frequently.