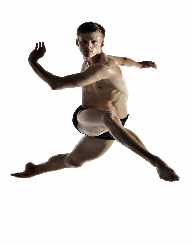 Paul Taylor was born on July 29, 1930. He is an American choreographer. In 1954, he started the Paul Taylor Dance Company. His works have received much acclaim, and they include ‘Esplanade,’ ‘Arden Court’ and ‘Aureole.’ He has been awarded greatly for his works. He is old enough so it can be said that he is among the last living members of the third generation of America’s modern dance artists. He has worked with artists such as Santo Loquasto, John Rawlings, and Jasper Johns among so many other acclaimed artists.

Paul Taylor was born on July 29, 1930, in Wilkinsburg, Pennsylvania. He was born during the time of the ‘Great Depression’ in the United States. He was however raised in Washington DC. He attended Syracuse University through a swimming scholarship. He was a good swimmer and painter as well. He used to read a lot of dancing books in the library, and that is how he discovered dancing. He, therefore, transferred to Julliard School in New York to pursue his dancing career. He had the privilege to train under Martha Hill while he was still in Julliard. He graduated from Julliard in 1953 with a B.S Degree in dance.

In 1954, Paul Taylor came up with a group of dancers and began doing his works. In 1955, he joined the Graham Dance Company as a soloist, but he continued to train his small group. In 1956, he choreographed his first comedy piece titled ‘3 Epitaphs’. The piece was a hit, and this gained him a bit of success in his career. In 1959, he received an invitation from Balanchine to be a guest artist with New York City Ballet. In 1960, he and his group of dancers performed for the first time in Europe.

In 1974, Paul Taylor retired from performing and shifted his focus to his group and his productions. In 1975, he created the classic ‘Esplanade’ which is still popular to date. He choreographed other pieces such as ‘Airs’ and ‘Le Sacre de Printemps’ among others between 1977 and 1980. In 1985, he choreographed ‘Last Look,’ and in 1988, he choreographed ‘Speaking in Tongues.’ In 1991, his dance piece ‘Company B’ premiered. In 1998, he released the dance piece ‘The Word’. In 2000, he choreographed ‘Dream Girls’ which was about feminism, ‘Banquet of Vultures’ which condemned American Imperialism and ‘Beloved Renegade.’ In 2015, he introduced the Paul Taylor American Modern Dance, which represents not only his works but historical works of modern dance and great contemporary modern works.

Paul Taylor is a recipient of many honorary doctorates and fine arts degrees. He was knighted by the French government as ‘Chevalier de I’Ordre des Arts et des Lettres.’ He won an Emmy award for ‘Speaking in Tongues.’ In 1992, he was awarded the Kennedy Centre Honors. In 1995, he won the Algur H. Meadows award for ‘Excellence in the Arts.’ In 2000, he was presented the ‘Legion d’Honneur’ for his exceptional contributions to French culture.

In 1954, Paul Taylor formed the ‘Paul Taylor Dance Company.’ The company has performed in 62 countries worldwide. He has worked with reputable artists such as Martha Graham and Lila York among others. His initiative, Paul Taylor Dance Foundation, was established to promote Paul’s works to a larger population.