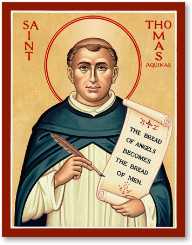 Thomas Aquinas is the founding father of theology, Catholic Priest, Philosopher, Priest, and Saint. He is much remembered for his theology work including writing ‘Summa Theologiae.’ Other commentaries include ‘On the Soul,’ and Metaphysics. A Greek Philosopher, Aristotle has inspired Aquinas’s from the beginning. Thomas’s life revolved around writing, traveling, preaching and public speaking.

Thomas Aquinas is assumed to have come to the world on January 28, 1225, in Roccasecca, Italy. He was born to Landulf and Theodora. He had eight siblings him being the youngest lad. Landulf’s family lived an average life.

After the completion of teen school, Thomas joined the local university. It was there that he learned Aristotle work that significantly played a considerable role. It wasn’t that long that he was appointed as a Dominican preacher together with John, St, Julian. At 19 years of age, Aquinas opted to join the Dominican Order.

Although his family questioned his moves and decisions, Thomas was already dedicated to living a holy life. He was imprisoned for one year in an attempt to evade and disregard his motives. At some point, his family realized that it was just a one-time uproar. After a successful escape, Thomas relocated to Rome where he met the leading foreman of Dominican Order, Johannes Von Wildeshausen.

In 1245 Thomas Aquinas joined the University of Paris where he majored in Arts. In the process, he met Albertus Magnus, the Dominican scholar. Although other students pitied his sense of calmness, Magnus saw him as a great scholar.

In 1250 Aquinas was appointed to teach theology at the University of Paris. In the process, he garnered a doctorate in theology at St. Albert. In six years, Thomas worked as a master of theology in Paris. He works there for three years, and before his tenure, he had written several works.

Just as Albertus had uttered earlier, Aquinas thrived into a famous scholar that significantly gave a plus for his reputation. He spent his life writing, teaching as well as preaching. Several of his works followed including creating ‘Against the Errors of the Greeks.’ He also worked for Pope Urban IV.

After profound success as a writer and jurist, Thomas Aquinas went to France to work as a Second Council. Sad to say, he didn’t arrive at his destination as he fell sick in the middle as he was traveling. He died on March 7, 1274.

Thomas was declared as a saint on July 18, 1323, by none other than Pope John XXII. He is still honored in Anglican churches with a feast day.