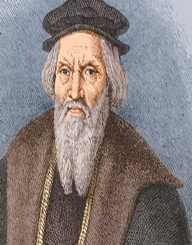 John Cabot was an Italian explorer. His navigating skills gave him a chance to sail westward and make it to the land of riches that was Asia. He began his expedition while he was still serving as a merchant in Venice. For eight years, John undertook his operation across Bristol, northern Atlantic. He arrived at land on the sea around 1497. Although his exact landing is unidentified, sources claim that it was in Newfoundland, southern Labrador. In 1498 he was already set for his second expedition. Was it successful or not? Scroll further.

Sources believe that John was born in Italy around 1450. Little is known about his childhood life excluding becoming Venice citizen in 1476. His father, Giulio Caboto served as a spice trader. At 11 years, John went to start a new life in exploration not so far but in Venice. It was there that he became interested in maritime trade.

At 24 years of age, John married a lady called Mattea, and the duo had three sons, Sanco, Sebastiano, and Ludovico. In the 1480s he went to Spain to avoid paying huge debts he had incurred from his previous town.

John tried to exhume money to start his first expedition without success. He then moved to London in 1495 where King Henry VII assisted him to sail the Atlantic Ocean. However, he had to pay the price of him discovering Asian riches.

John planned to sail from west to reach the Indies for his discovery. He formulated a plan by finding the famously known seaport in England. Afterward, in1496 Bristol became John Cabot central point and his journey to wealth began without a doubt.

Afterwards, in 1497, Cabot was believed to have sailed once more with his son Sebastian plus seventeen members he had gathered. It was a precious time for him and his son to have heard a successful expedition to and fro. It all happened when one of his leading boats called ‘the Mathew’ landed in Newfoundland or rather Cape Breton. This was after 52 days of sailing gave birth to the land of England. His exploration journey went to Canada where he thought he had found the part of Asia to no avail.

Sailing Back to England

Cabot’s teams together with his son were eager to arrive at England, where they received applauds for their consistency. He gave a word of assurance to John that he had seen the land of spices and silk. According to his findings, the discovered area was not far from Japan. As a result, the King was convinced to finance his journey for him to come back with profitable returns.

The final voyage had 300 men plus two ships. The sailing preparation started from Bristol to the coaster region. It wasn’t that easy considering the more they sailed, the colder it became. A standstill came in between when they came across huge icebergs. He sailed to a changed direction; south, but there weren’t any discoveries found. John and his team sailed back to England in 1498.

John’s death remains a mystery. He was last mentioned or rather heard in 1509’s where he planned another voyage that his favorite son, Sebastiano led. In 1897 a tower called ‘Cabon Tower’ was flagged in his honor. In 1925 an Italian club was named as Giovanni Caboto’. In 1952 a statue was positioned in Bristol’s Council House.

In 1972 John Cabot University was unleashed in Rome, Italy. Stephen Joyce made a bronze for John in 1985 located at Bristol's Council House. In his honor, Cabot Street name cropped up.