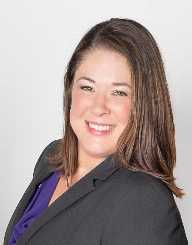 Elizabeth Edwards was born on July 3, 1949, in Jacksonville, Florida, USA. Her parents were Elizabeth and Vincent Anania.

As a young adult, Elizabeth Edwards attended Mary Washington College for a short time before transferring to the University of North Carolina. She eventually graduated from this school with a bachelor’s degree in English. After earning her bachelor’s degree, she stayed at the school for another three years to work on a masters degree in American Literature; however, she later changed her focus to studying law. She graduated from the University of North Carolina Law School in 1977.

After graduating from law school, Elizabeth Edwards went on to take the bar exam, which she passed.

After passing her bar exam, Elizabeth Edwards moved to Virginia, where she began working as a clerk under Judge Calvitt Clarke, Jr. She held this position for only a few months before moving again. In 1978, the Edwards family moved to Tennessee. While there, Elizabeth Edwards began working at Harwell, Barr, Martin & Sloan, a law firm. She worked here for several years before moving yet again.

In 1981, the Edwards family had relocated to North Carolina. While there, Elizabeth Edwards worked at the local Attorney General’s office for a short time before working as a bankruptcy lawyer for Merriman, Nicholls & Crampton. Sadly, Elizabeth’s son, Wade Edwards, died in 1996. After this incident, Elizabeth Edwards retired from her law career to work with nonprofit organizations.

In the late 1990’s, Elizabeth Edwards began to pursue a career in teaching. She first worked at the University of North Carolina as an adjunct instructor before also working as a substitute teacher in local public schools.

After the death of Wade Edwards, the Edwards family founded the Wade Edwards Foundation. Elizabeth Edwards devoted much of her time to this organization. The organization worked to enhance the educational experience of children and teenagers. Over the years, the organization has helped to provide advanced technology, like new computers, to schools [mostly] in North Carolina.

Elizabeth Edwards published a memoir about her husband’s affair and life as a political wife her in 2009 book Resilience.

John Edwards is most famous for his career as a politician. Elizabeth Edwards was highly involved in his career as well. He was a US Senator for several years before he ran to become the vice president of the United States in 2004. However, he lost this election. He later ran for president in 2008. However, he was caught having an affair with his campaign worker, Rielle Hunter. He later lost the election to President Barack Obama.

Even though Elizabeth Edwards knew John had cheated, the couple remained married until Elizabeth’s death.

Elizabeth Edwards was diagnosed with breast cancer in 2004. She began treatment once she was diagnosed and soon went into remission. However, cancer returned in 2007.

Elizabeth Edwards died on December 7, 2010, in Chapel Hill, North Carolina, USA, as a result of her cancer. She was 61 years old when she passed away.