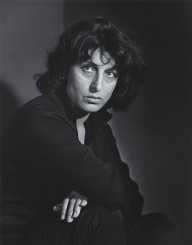 Anna Magnani was born on March 7, 1908. It is not known where she was born, but her grandmother raised her in Rome. There she was educated in French convent school, where she learned to speak French. During her school years, Magnani developed an interest in acting. When Magnani was 17 years old, she went to study at the Eleonora Duse Royal Academy of Dramatic Art in Rome. During the two years of studies, she supported herself by singing in nightclubs and cabarets.

Her first work as an actress was in Anna Christie and The Petrified Forest. She also successfully participated in several variety shows. In 1933, she was discovered by Goffredo Alessandrini. Alessandrini was one of the first filmmakers to use sound in his films. The two got married in 1934, the same year she had her first major role in The Blind Woman of Sorrento. Her next big film was the 1941 Teresa Venerdi.

Mangani gained international recognition in 1945 when she starred as Pina in the film Rome, Open City. Her performance was praised, and she became an immediate star. In 1948, she starred in L’Amore, a two-part film- The Miracle and The Human Voice. In 1951, Magnani starred in the Luchino Visconti film Bellissima. During the filming of The Golden Coach (1953), director Jean Renoir named her the greatest actress he has ever worked with.

In 1955, Magnani starred as a widowed mother in Daniel Mann’s film The Rose Tattoo, based on a play by Tennessee Williams, which became her first English speaking role. This role brought her critical acclaim and the Academy Award for Best Actress. She also won the BAFTA Award, Golden Globe, National Board of Review award and the New York Film Critics Circle Award. In 1960, she again worked with Williams for the film The Fugitive Kind. One of her last films was The Secret of Santa Vittoria in 1969. Towards the end of her career, Magnani said that she does not consider movies to be art anymore, but was made up by intellectuals who think they are teaching something.

Magnani’s first marriage was to director Goffredo Alessandrini. After they got married, Anna Magnani devoted herself entirely to the relationship and only appeared in small film roles. The couple separated in 1942. After this relationship ended, she fell in love with Massimo Serato and had a son Luca with him. A major tragedy struck her life when Luca was infected with Polio. The boy never regained use of his legs.