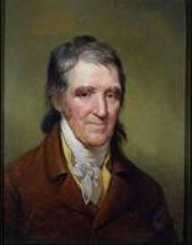 William Findley was born circa 1741 to William and Jane Findley of the Northern Ireland Ulster Province. He had a total of thirteen siblings, one of whom was a judge, Judge David Daniel Findley and an infant that died in childbirth or soon after that. Although there are no records of him going to school, his father, a religious man, taught William to read by use of the Bible.

He also learned by reading other books on church history and divinity.  But, William had other subjects that he liked to read and learn about such as geography and the local newspaper.  He lived with his family in Ireland until he moved at the age of 21, to America, where he settled in or around Philadelphia, Pennsylvania.

William Findley lived and taught in the area as a townsperson in settlement of Irish immigrants. Scottish and German people lived there as well.  They were a democratic and agricultural society. This was in Cumberland County.  He worked there as a teacher and also as a weaver. Then the war came to the settlement in the form of the Revolutionary War, where he served in the Pennsylvania Line and the 7th Company of the 8th Cumberland County Battalion. Following the end of the war, he picked up and moved to Westmoreland County, where he became a weaver and a politician.

William Findley lived on a farm and became interested in politics. In the year 1783, he was elected to be a member of the Pennsylvania 1783 Council of Censors, a group created by terms in the 1776 Constitution. Following his attendance at the Council of Censors, he participated in the creation of the new federal constitution.

In 1787, William, an anti-federalist, and several others didn’t agree with the document. He and his fellow anti-federalists supported a national government with limited power. He objected to its lack of provision for trial by jury, freedom of speech and other measures to safeguard the rights of the individual and the states. Despite his objections and his vote against the new constitution, the document was passed and was ratified.

William Findley’s philosophy was and is in support of a Bill of Rights as the amendments allowed him to support the Constitution. But his ideology was seen in more than just the constitutional amendments. That philosophy as understood in his appearance at the state constitutional convention in 1789-1790 and indicated by the laws passed to allow and create direct elections of state senators. At that time a resolution was also proposed to educate the poor in the state for free.

History calls William Findley the “Father of the House.” First elected to state congressional office in 1783, he was consistently elected to federal office between the years of 1791-1799 and 1803-1817; to state office from 1799-1802. But did you know that William also served as a member of the Jeffersonian Republican Party upon his return to office? He had previously left after his last term to spend time with his family but remained aware of the state and national political climate.

Then he was asked to return to politics. He had entered as a Democrat but was considered an anti-federalist. When he retired from Congress, he was just an ordinary citizen. But the presidential candidate needed assistance for the election. Since he agreed with his thinking, he returned to public office.

William Findley retired from Congress in 1817 after having the most extended membership at the time for the House of Representatives. Upon his retirement, William returned to the farm where he raised his kids after the death of his wife who was sick a long time. He died in 1821.

Called the “Father of the House” William Findley believed people should have a say in their government.