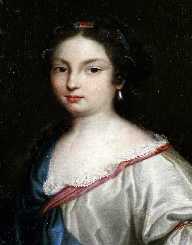 A woman of eternal beauty, Françoise Athénaïs de Rochechouart de Mortemart, Madame de Montespan was born on October 5, 1640, to Gabriel de Rochechouart and Diane de Grandseigne in the Poitou-Charentes region in France. She was baptized on the day of her birth at the Château of Lussac-les-Châteaux. Her parents hailed from the two of the oldest noble families of France. She frequently traveled with her mother, a lady-in-waiting of the Queen of France, Anne of Austria, between the family estates and the court at the Louvre in Paris during her childhood thus becoming accustomed to the ambience of the court.

Madame de Montespan attended Convent of St. Mary at Saintes from the age of 12 and received her formal education from there. She was very much inclined to religion and participated in communion once in a week. At the age of 20, she was made the maid-of-honour to the King's sister-in-law, Princess Henrietta Anne of England. Afterwards, she became the lady-in-waiting of King Louis XIV’s wife, Marie-Thérèse of Spain due to her mother’s right relation with Queen Anne of Austria.

On January 28, 1663, Françoise Athénaïs was married to Louis Henri de Pardaillan de Gondrin, Marquis of Montespan. As the lady-in-waiting to the Duchess of Orléans, Madame de Montespan was entrusted with some duties and responsibilities. As the Montespan couple lived in a small house near the Louvre, it became easier for her to carry out those duties. She soon became the "reigning beauty of the court" due to her outstanding beauty. Apart from her unparalleled beauty, she was of a very charming and cultured nature.

Madame de Montespan's astonishing conversational skill and her excellent ability to a keep track of the latest political events amused and attracted her suitors. Her irresistible appeal started to win many hearts of the court gentlemen, and eventually, she was courted by many suitors including Le Comte de Frontenac and Marquis de La Fare. Madame de Montespan surprised the courtiers by her open antagonism for the position of Queen Maria Theresa of Spain. By the year 1666, she started an all-out effort to win over the heart of King Louis XIV of France and tried to take the place of the current mistress of the King, Louise de La Vallière.

Though at first, her efforts were laughed off by the King and his mistress, her beauty, charm, wit, and intelligence ultimately reigned supreme, and in 1667 Madame de Montespan became the mistress of the King. She successfully seduced the King at every conceivable opportunity. Her tactics even included dropping her towel during a shower when she spotted the King spying on her. During the pregnancy of both the King’s wife and his mistress, she was asked to accompany the King during the private dinners, and she spared no effort to come close to the King in the course of such events.

Madame de Montespan bore seven children with the King. Her first illegitimate child, a daughter, named Louise Françoise de Bourbon was born in 1669 and died in 1672. She had six other children with the King. These children were later legitimated. The three surviving children were thus allowed to use the royal surname ‘de Bourbon.’ She missed the chance to register her name in the official documents as she was still legally married to the Marquis of Montespan. The three children had little contact with their mother who remained busy in performing the social etiquettes of the court. Madame Scarron, governor of these three children, took care of them and they spent most of their time with her.

The official husband of Françoise Athénaïs, Marquis de Montespan showed his resentment in the development that saw the betrayal of his wife and her infidelity. He was exiled to Guyenne in 1668 and judicially separated from his wife in 1674. He died in 1701. Due to her role in the royal adultery, the Roman Catholic Church denied her the absolution required for participating in the Easter communion in 1675. However, her two children born after 1673 with the King were duly legitimized.

The beginning of the end of the reign of Françoise Athénaïs started soon after ‘The Affaire des Poisons’ broke out in September 1677. Though it has never been conclusively proved, Madame de Montespan was accused of poisoning her rivals to maintain her position in the eyes of the King. The intensity of these allegations increased manifolds when another beauty, the Duchess of Fontanges, who came to the notice of the King, died unexpectedly in 1681. Cases of poisoning were heard in the court and during such court proceedings her association with the witch La Voisin was revealed.

Acts of black magic involving sacrificing newborns and other acts of applying magic were also unearthed. A charge of conspiracy to kill the King was leveled against Madame de Montespan. However, due to inconsistent testimony, she was acquitted of the cost. These scandals were later hushed up by the trio of Louvois, Jean-Baptiste Colbert and Madame de Maintenon from 1680 onwards to prevent further damage to the image of the mother of King’s legitimate children.

With the passage of time, the attraction of Françoise Athénaïs started receding, and the King transferred his attention towards Madame de Maintenon. The King, however, kept visiting her in her room at the palace regularly.

In 1691, after falling out of royal favour, Madame de Montespan retired to the Filles de Saint-Joseph convent, in the rue Saint-Dominique in Paris. King Louis XIV, with a magnanimous gesture, granted her half a million Francs as her pension. She became a superior of the convent afterwards. Showing gratitude to her, the King made her father the Governor of Paris and her brother, the Duc de Vivonne, a Marshal of France. She spent a long retired life in the convent and donated large sums to hospitals and charities.

Madame de Montespan passed away on May 27, 1707, while taking the waters at Bourbon-l'Archambault in her bid to heal an illness.