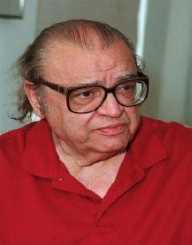 Mario Puzo was born on October 15, 1920. He was an Italian-American author, screenwriter, and journalist. He is popularly known as the author of the world’s best seller book titled ‘Godfather.’ He is a screenwriter who developed the art and mastery in the crime fiction. He also served in the American Army during World War II. He struggled a lot before Mario Puzo became a renowned author. His books include ‘The Dark Arena,’ ‘The Fortunate Pilgrim,’ ‘The Runaway Summer of Davie Shaw’ and ‘Fools Die’ among others. His novel ‘The Family’ was released posthumously in 2001.

Mario Puzo was born on October 15, 1920, in the Hell’s Kitchen neighbourhood in New York City. He was born into a poverty-stricken family from Pietradefusi, Province of Avellino, Campania, Italy. It was his lifelong dream to become an army officer. He attended City College of New York, and after graduating, he joined the American Army during World War II. He was later rejected by the army because of his poor eyesight. He was then made a public relations officer, and he was posted in Germany.

In 1950, Mario Puzo published his first short story titled ‘The Last Christmas.’ The short story was published in American Vanguard. He wrote the short story when he was seventeen years old. After World War II, he wrote his first book ‘The Dark Arena’ which got published in 1955. The book was received well by the general public, and it was also criticized by critics. The book did not, however, give him a breakthrough in his writing career and it did not even help him financially.

During the 1950s and early1960s, he worked as a writer and editor for publisher Martin Goodman’s Magazine Management Company. He worked alongside other writers such as Bruce Jay Friedman. Due to the financial success of his previous books, He decided that he would write a book that would be a best seller. He started writing the book ‘The Godfather,’ and it was rejected so many times before it came out in 1969. The book is a mixture of crime, loyalty, passion and an incredible portrayal of Don’s family. The book became a success as it was a number one bestseller for months on the New York Times Best Seller List. The book established him as one of the greatest writers in the United States of America. The book was later developed into the film ‘The Godfather’ which was directed by Francis Ford Coppola. Francis also worked with Mario on the sequels of the original film ‘The Godfather Part II’ and ‘The Godfather Part III.’

Mario Puzo became a success, and he continued to be successful in his writing career. In 1974, he wrote the first draft of the script for the film ‘Earthquake.’ He did not finish writing the script as he was committed to the sequel ‘The Godfather II’. He also wrote the original screenplay for ‘Superman.’ The screenplay also included the plot for ‘Superman II’. In 1982, he collaborated for the story for the film ‘A Time to Die’. He also worked with Francis again in 1984 in the film ‘The Cotton Club’. In 1991, his book ‘The Fourth K’ was published. The manuscript of ‘The Family’ was completed before Mario Puzo died. His other works include ‘The Sicilian’ and ‘The Last Don’.

Mario Puzo married Lina Broske with whom he had five children, Anthony Puzo, Joseph Puzo, Dorothy Antoinette Puzo, Eugene Puzo and Virginia Erika Puzo. He died on July 2, 1999, in Bay Shore, New York. His novels ‘The Family’ and ‘Omerta’ were published posthumously but he had completed the manuscripts for the two novels before he died. He remains a celebrated author in the United States of America.