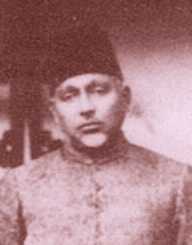 Gopinath Bordoloi was born on June 6, 1890, in Raha, Assam, India. His parents were Praneshwari Devi and Budheswar Bordoloi. Sadly, Devi, Bordoloi’s mother, passed away when he was a child. For his teenage years, he was primarily raised by his father and his older sister, Shashikala Devi.

Gopinath Bordoloi attended several schools throughout his youth. One of the first proper schools that he attended in India was Cotton College. Later, Gopinath Bordoloi moved to West Bengal to attend the Scottish Church College. He graduated from this school with a bachelor’s degree in history in 1911.

After his graduation from the Scottish Church College, he went on to attend the University of Calcutta. Gopinath Bordoloi graduated from his school in 1914 with a master’s degree in history.

After this, Gopinath Bordoloi went onto study law. He took many breaks during his studies, but he finally passed his law exam around 1917, which is about the same time he opened his own legal practice.

In 1922, Gopinath Bordoloi became a volunteer member of the Indian National Congress. While in this group, he still met with Gandhi. Throughout the 1920’s, he stayed loyal to his position. Also during this decade, he helped to set up private learning institutions that the government had little to no power over.

In 1945, the British finally began working on creating a constitution for India. It was also in this year that Bordoloi became the Prime Minister again. A cabinet commission was made by the British government in the following year. With the meddling of the British, Assam got the short end of the stick, but Gopinath Bordoloi was ready to fight to get more rights for the province. He talked with Gandhi about this. Gandhi shared his beliefs that he should continue to fight for Assam’s rights.

Although Gopinath Bordoloi was willing to fight for Assam, he did not do so violently. He worked with Gandhi, as well as others, to accomplish his goals peacefully. In 1947, Assam was allowed to be a part of India, rather than Pakistan. They would have basic Indian rights, which was what Bordoloi wanted.

Many of Gopinath Bordoloi’s books were penned while he was in prison. Some of his most famous books are listed below.

Gopinath Bordoloi died on August 5, 1950, in Guwahati, Assam, India. He was 60 years old when he passed away.