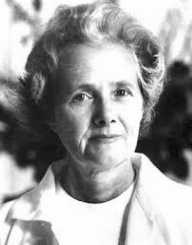 On the 13th of May 1907, Dame Daphne du Maurier was born. She was an English playwright and author of Astounding Bewilderments. She wrote novels that left readers in suspense full of romantic captures and eerie supernatural plots.

Some of her best works include Rebecca and The Birds. The two books did so well they were adapted into films by Alfred Hitchcock. She was later named Dame Commander of the British Empire in 1969. Her death came on April 19, 1989, in Cornwall, England.

Daphne du Maurier was born on the 13th of May, 1907 to a family of actors and artists. She was the second child to Sir Gerald du Maurier and Muriel Beaumont. Her grandfather was also an author and a cartoonist.

Her siblings were also artists in their way with the eldest choosing to be a writer and the youngest a painter. The rich background of artistic individuals in her life saw to her success. She was under the care of her governess who raised her while attending schools in London and Paris.

Daphne du Maurier started her career as an author at a very tender age. She credits her love for creative skills to her grandfather, the cartoonist but she was from an artistic family, and that may be the reason for her success at such a young age.

The year 1931 saw her first publication come to light marking her as a good writer. Her future husband read her work and decided to cross the world to ask her hand in marriage.

Daphne du Maurier did not stop there. Having good reviews from her first work as motivation, she wrote other works like Rebecca, The Progress of Julius and Jamaican Inn. When her Book, Rebecca was up for sales they went so fast cementing her name in the publishing industries in London.

Daphne did not only write novels during this period, but she also experimented with plays. Rebecca’s movie adaptation won an Academy Award.

Some years later in the ’40s, she took the publishing world by a storm. She wrote a new book called the Frenchman’s Creek which was a total success. So she decided also to write the plays, The Years Between and another one September Tide that was played on 15th December 1948.

After writing some other excellent novels, Daphne du Maurier graced the world with another masterpiece in 1958. She wrote The Birds that did so well that it got glowing reviews and even the critics themselves loved it. Alfred Hitchcock, the award-winning producer, later modified the book into a movie.

The year 1932 saw to the marriage of Dame Daphne du Maurier and Major Frederick Browning. They were blessed with three children, Tessa, Christian, and Flavia who was also the middle child like her mother. She moved and settled down at Kilmarth, Cornwall following the death of her husband in the year 1965.

The death of Daphne du Maurier came on the April 19th, 1989 in her home in Cornwall. The family took her ashes after her cremation to the cliffs at Fowey, Kilmarth, and Cornwall and scattered them there.