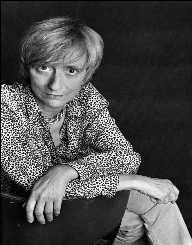 French author Françoise Sagan was born Françoise Quoirez on the 21 June 1935 in Cajarc, France into a prosperous family. She was raised in Paris.

After graduating from high school, Françoise Sagan enrolled at the Sorbonne in Paris (1952) but did not obtain a degree.

Françoise Sagan had her first novel, Hello Sadness (1955) published when she was18 years of age. The book was a success and established her reputation as a writer.

Françoise Sagan also published three short story collections: Silken Eyes (1977), Incidental Music (1983) and The House of Raquel Vega (1985). She began writing plays n the 1960s and also wrote a number of autobiographical works. In 1975, she published a biography on the French actress Brigitte Bardot and in 1987, one of Sarah Bernhardt, which was translated into English as Dear Sarah Bernhardt (1988).