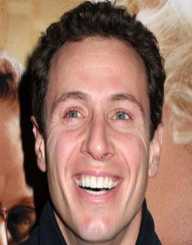 Christopher Charles Cuomo was born on August 9, 1970. He is an American journalist. He is currently working with CNN on ‘Cuomo Prime Time.’ He once co-anchored the television show ‘New Day.’ He is presently forty eight years old.

Christopher Charles Cuomo was born on August 9, 1970, in New York in the United States of America. He was born to Matilda Raffa and Mario Cuomo who is the former Governor of New York. He attended The Albany Academy in New York. Later he joined the Yale University where he graduated with an undergraduate Degree. He then attended Fordham University where he graduated with a Juris Doctor. Charles is a licensed attorney.

Chris Cuomo began his career as a journalist by appearing in matters related to social and political issues on CNN, CNBC, and MSNBC. He later became a news correspondent for Fox News and ‘Fox Files.’ At one point, he also served as a political policy analyst for Fox News. He later joined ABC and was a co-anchor for ‘20/20’ where he did coverage on the effects of heroin addiction among other important news. In 2006, he became the news anchor for ‘Good Morning America,’ a post he held up to 2009. He anchored the morning and evening coverage.

Chris Cuomo has a website titled ‘Cuomo on the Case’ where he answers people’s questions and hold a discussion when necessary. He also uses the platform to report the news. On ABC news he has appeared in programs such as ‘The Real Deal’ and ‘Focus on Faith.’ In 2013, he moved to CNN. His purpose for moving was to co-host in its morning show ‘New Day.’ He started his work at CNN as a field anchor of the show ‘Piers Morgan Tonight.’ In 2017, he became a host of HLM’s documentary series ‘Inside with Chris Cuomo.’

Chris Cuomo has received the Polk and Peabody Awards for team coverage. He also holds other awards such as the Loeb Award for business reporting, the American Bar Association Silver Gavel Award for investigating juvenile justice and the Edward R. Murrow Award for breaking news coverage.

In 2001, Chris Cuomo married Cristina Greeven who is the ‘Gotham’ magazine auditor in New York. Together they have three children, and they live in Manhattan. Charles has another home in Southampton in New York. He is currently forty eight years old.