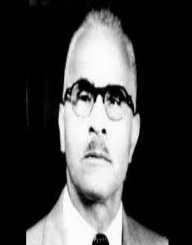 Vernon Johns was born on April 22nd, in 1892. He was famous for his contribution to the civil rights movement. Besides this, he served as a minister in a number of black churches situated in the South. He mainly ministered at the Dexter Avenue Baptist Church. After that, Martin Luther King Jr. took over his ministerial position.

Vernon Johns was born on April 22nd, in 1892. His birthplace was in Darlington Heights, Virginia. Johns grandfather had been killed after he murdered his master. His other three grandparents were also slaves.

Upon his graduation from the University of Chicago, he ministered to congregations in Pennsylvania and West Virginia. Later on, Johns published his work in Best Sermons of the Year.

For about five years, Vernon Johns headed the Virginia Theological Seminary and College. Unfortunately, Johns failed to manage the institution’s finances effectively. And as a result, he resigned.

In 1937, Johns began pastoring at the First Baptist Church located in Charleston, West Virginia. He also went to minister at the Court Street Baptist Church. Sadly, he also resigned and as a result, returned home to his farm.

Vernon Johns passed away on June 11th, in 1965. He succumbed to a heart attack leading to his death at the age of 73.

Owing to his civil rights contribution, in 1994, a film titled Road to Freedom: The Vernon Johns Story was released in his honor. Similarly, David Anderson Elementary School was later retitled to Vernon Johns Middle School in his honor.