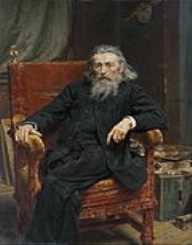 The First Monarch of the Duchy of Prussia

Born May 17, 1490, Albert was from a royal family. His birthplace is Ansbach, Franconia, Germany. He was born as the third son of Frederick I of Hohenzollern, Margrave of Ansbach-Bayreuth and his mother, Sophia was the daughter of Grand Duke of Lithuania and King of Poland, Casimir IV Jagiellon and his wife, Elisabeth of Austria.

Though in his early childhood Albert was trained at the court of Hermann IV of Hesse for a career in the church but was later appointed canon of the Cologne Cathedral. He was equally inquisitive about learning the subjects of mathematics and science. With the passage of time, he developed into a mature, liberal and progressive thinking individual. In 1508, he accompanied Emperor Maximilian I to Italy and resided in the Kingdom of Hungary for a short while.

Albert was appointed the Grand Master of the Teutonic order after the death of the previous Grand Master, Duke Frederick of Saxony in December 1510. Everybody expected that Albert would amicably settle the ongoing dispute between East Prussia and Poland as the King of Poland, Sigismund I was his maternal uncle. But it did not happen according to the people's’ expectation; instead, a war broke out in 1519 following the dispute between the nations. The fighting continued for the next two years and caused significant damage to East Prussia. A peace agreement was muted, but the conflict remained unresolved.

Unable to break the ordeal, Albert, Duke of Prussia tried every trick in his sleeve to settle the impasse. He referred the dispute to eminent Monarchs of his time like Emperor Charles V, but could not see the light at the end of the tunnel. At this point, he was drawn towards Protestantism by Reformer Andreas Osiander, whom he met during his visit to the Diet of Nuremberg in 1522. He also met the Protestant religious reformer Martin Luther the following year in Wittenberg.

Following Martin Luther’s advice, Albert, Duke of Prussia initiated steps to convert Prussia to a hereditary dukedom under the Polish crown. In 1525, the King of Poland, King Sigismund I acknowledged the proposal and a treaty was signed at Krakow by which Prussia was to be henceforth treated as Polish territory. On February 10, 1525, Albert was ceremoniously given the charge of the first Duke of Prussia.

But the transition was not without its’ pitfalls. Albert, Duke of Prussia started aggressively to implement all the doctrines of Martin Luther. He was summoned to the Imperial Court of Justice to explain his actions. But he declined to appear. The Order took serious offence and banned him. They also elected a new Grand Master. At that time, the German Princes were facing a lot of hardship from the German Peasants’ War, the wars against the Ottoman Turks and the turbulence of the Reformation. They overlooked the ban, and soon opposition against Albert died away.

Albert, Duke of Prussia's initial years of rule was quite flourishing. He always propagated the necessity of learning, and soon he established schools in every town. He also founded the Königsberg University in 1544 in spite of some opposition. His other notable contribution was the freedom of serfs for pursuing education.

Towards the end of Albert's rule, violent political and theological disputes among his compatriots were responsible for making his tenure chaotic. Soon there were administrative difficulties, and his reign gradually started becoming unpopular.

Normalcy and peace again saw the light of the day just two years before Albert, Duke of Prussia's death, when a form of Lutheranism was adopted and declared mandatory and King Sigismund II Augustus of Poland settled the question of the Regency.

Albert, Duke of Prussia was solely responsible for abolishing the Teutonic order and establishment of the Duchy of Prussia. He is regarded as the Father of the Prussian Nation and also an indirect factor for a unified German Nation; Duchy of Prussia, being the most influential German State, contributing handsomely to the cause of the unification.

Albert, Duke of Prussia tied the nuptial knot twice in his life. He first married Princess Dorothea, daughter of King Frederick I of Denmark. The marriage was held in 1526, and the couple had six children. Among them, Anna Sophia, the eldest of the lot, survived. In 1547, his first wife died. In 1550, he married Anna Maria, daughter of Eric I, Duke of Brunswick-Lüneburg. A daughter, Elisabeth and a son, Albert Frederick was born from the wedlock. Albert Frederick later became his successor.

On March 20, 1568, Albert, Duke of Prussia died suffering from plague at Tapiau. On the same day itself, his wife also breathed her last. His tomb is kept inside the Königsberg Cathedral.