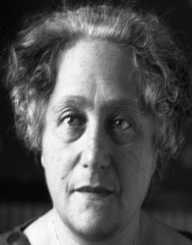 Elsa Einstein is the second wife of famous physicist Albert Einstein. She worked with him as he traveled and lectured about his theory of relativity.

Elsa Einstein was born on January 18, 1876, in Hechingen, Germany. Her parents were Rudolf, a textile manufacturer, and Fanny Koch Einstein.

She had two sisters, Paula and Hermine. Rudolf was first cousins with Albert Einstein's father Hermann while Fanny was the sister of Albert's mother, Pauline Koch Einstein. Elsa and Albert knew each other as their families visited each other often in Munich.

Elsa Einstein was living in Berlin in 1914 after her divorce from her husband Max Lowenthal when her cousin Albert was corresponding with her and came to live with her.

He had accepted a job with the University of Berlin. While there, Albert became ill. It was Elsa that nursed him back to health. The couple was very close, and she helped him with his business affairs.

After their marriage, Elsa Einstein gave lectures and traveled to many places, including the United States. She was with him when he won the Nobel Prize for Physics.

Even though Albert hired a secretary in 1928, she continued to assist Albert and protect his privacy from visitors. It was also her idea to build a summer house in Caputh near Potsdam.

In 1933, the Einsteins sought asylum in the United States when they learned that the Nazi government searched their summer home and seized their property while they were traveling.

They lived in New Jersey while Albert secured a professorship at Princeton Institute of Advanced Study. However,  Elsa went to Paris to be with her daughter Ilse who was dying of cancer.

After the death of her daughter Ilse, Elsa Einstein discovered that she was sick with heart and liver problems. Her husband immersed himself in his studies while she suffered in pain.

Elsa Einstein was able to take care of Albert during the critical years of his work. While they may not have had as physical of a relationship as he did with his first wife, she was able to nurture him and care for him through hot meals, an efficient household, and companionship.

Elsa Einstein was married to a textile merchant named Max Lowenthal in 1896. The couple had two daughters, Ilse and Margot, and a son who died in infancy. The couple divorced in 1908.

She and Albert Einstein had an affair while he was married to Mileva Maric. They married shortly after his divorce in 1919.

Elsa Einstein died on December 20, 1936, at the age of 60.  She battled heart and liver problems and died in her home in Princeton.

In the couple's first trip to the United States in 1921, Elsa Einstein and her husband were promoting a Jewish homeland in Palestine and advocating a Jewish university in Jerusalem.

While it was Albert who discovered the theory of relativity, Elsa Einstein made sure that he was able to stay on track with his engagement while she managed his business affairs. She also kept unwanted visitors away from Albert as they were an intrusion in his work.