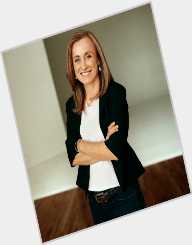 American novelist and sister of the late Steve Jobs,  Mona Simpson was born on the 14 June 1957 in Green Bay, Wisconsin. She is of Syrian Swiss-German ancestry, and her parents are John Jandali who was born in Syria and Joanne Schieble, an American. Her parents met when they were university students, and it was around this time that her brother Steve Jobs was adopted out. After Job’s adoption in 1955, the couple married, and Mona Simpson was born two years later. Her parents divorced in 1960. After her mother’s remarriage, Mona took the name of her step-father George Simpson.  Steve Jobs traced his birth family after the death of his adoptive mother in 1986, and the two siblings remained close until his death in 2011.

Mona Simpson graduated from Berkeley with a degree in English Literature, majoring in poetry. Later she did Columbia University’s MFA programme.

Early publications include short stories in various magazines. Mona Simpson worked as an editor for The Paris Review in New York, while at the same time writing her first novel, Anywhere But Here (1992). Simpson’s complicated family situation led her to write two works of fiction based on her family search and experiences: The Lost Father and A Regular Guy.

She is the mother of two children from her marriage to Richard Appel. The couple later divorced. Appel, a television writer, named Marge Simpson in The Simpsons after his wife, i.e., Mother Simpson. After the death of her brother in 2011, the New York Times published ‘A sister’s eulogy’ by Simpson.

Among the awards Mona Simpson has received are the Whiting Award (1986), a Guggenheim Fellowship (1988), the Lila Wallace Reader’s Digest Fellowship (1995) and the 2008 Literature Award from the American Academy of Arts and Letters.