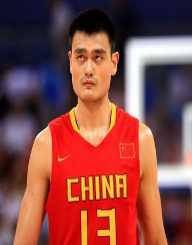 Encouraged by Li Yaomin, the deputy general manager of the Shanghai Sharkers, in 1999 Yao Ming considered applying to enter the NBA draft. In 2002 the Houston Rockets selected Yao Ming with their first draft pick. He subsequently became the first international player to be selected first overall without a U.S. college basketball background.

Yao Ming played for China in the 2002 FIBA World Championships. Then his first game for the Houston Rockets was on the 16 December 2002. In the 2002/2003 season, he was elected to start for the Western Conference in the All-Star Game. He was also selected to join the All-Rookie team.

Yao Ming was inducted into the Naismith Memorial Basketball Hall of Fame in 2016.

In 2017 Yao Ming was appointed the president of the CBA. He has been the owner of the Shanghai Sharks franchise since 2009.

Yao Ming is married to Chinese basketball player Ye Li. The couple has one child, a daughter Yao Qinlei, also known as Amy, who was born in Houston, Texas in May 2010.