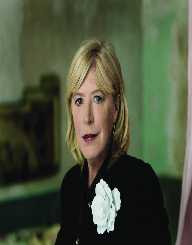 Singer and songwriter Marianne Faithfull was born on the 29 December 1946 in Hampstead, England,United Kingdom to Robert Faithfull and Eva von Sacher-Masoch. Her father was an academic and had worked in British intelligence and her mother, born in Budapest, was a former ballerina. Her parents divorced when she was a child, and she spent her formative years in Reading with her mother.

Faithfull’s music career began in the mid-1960s when she played folk music in various coffee bars and clubs. After meeting Andrew Loog Oldham at a party for the Rolling Stones, he took an interest in her music, and she recorded As Tears Go By (1964), a Rolling Stones composition. It was a hit in the UK and the US and established her singing career.

She went on to have a series of hits including Come and Stay With Me, This Little Bird and Summer Nights. During the mid to late sixties, she married John Dunbar, had a son and subsequently left her husband for the Rolling Stone Mick Jagger. She starred smoking hash and three years later became addicted to heroin. She collaborated with Jagger on various compositions, one of which later became part of a legal dispute. Sister Morphine was co-written with Jagger and Richards, and she recorded it, but because of drug references, it was not released at the time.

In 1967, Faithfull got caught up a drug bust at the home of Keith Richards which undermined her career.  By the late 1960s, Faithfull’s drug addiction was interfering with her career and personal life. Visiting Australia with Jagger in 1969, she made a suicide attempt. The couple broke up in 1970, and at one stage during the 1970s, she was broke and homeless.

She was recognized at the Women’s World Awards in 2009 by being presented with a Lifetime Achievement award. In 2007, she received a Best Actress nomination from the European Film Academy for her role in Irina Palm. She was placed No.25 on VH1’s 100 Greatest Women of Rock and Roll in 1999. And in 2011, France awarded her the Commandeur of the Ordre des Arts et des Lettres.

She married John Dunbar in 1965, and after the birth of their son, they divorced in 1966. She had a relationship with Mick Jagger between 1966-1970. Between 1979-1986, she was married to punk rocker Ben Brierley. In 1988 she married writer Giorgio Della Terza, whom she met at a Narcotics Anonymous meeting but the marriage did not last. She has one child, a son Nicholas Dunbar.

She released an autobiography, Faithfull in 1994, and followed this up with a memoir Memories, Dreams and Reflections in 2007. In 2013, she appeared in an episode of Who Do You Think You Are? (UK) exploring her European roots. She discovered that her mother who had been a dancer in

Faithfull suffered from alcoholism and cocaine addiction. She also has Hepatitis C and was diagnosed with breast cancer In 2006.