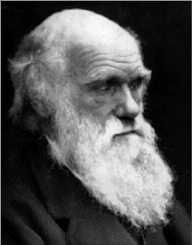 Charles Darwin famously known for his evolution theory was born in 1809, February 12. His theory contained a number of arguments and findings that various species have one common ancestral descent. Darwin made several voyages around the globe researching for facts while studying different specimens. He published his first book in 1859 that highlighted concepts on the process of natural selection to support the evolution theory. Charles Darwin died on April 19, 1882.

Biologist and Scientist Charles Darwin was born in the town of Shrewsbury, England on 12 February 1809. His family line had been that of Scientists; his father was a doctor and his grandfather a botanist. Charles Darwin also came from a very well off family with much wealth. He was the fifth child in a family of six children, and his mother had passed away when he was only 8.

Darwin joined the Edinburgh University together with his brother in 1825 October and later attended the Christ’s College in Cambridge. Darwin was a child who loved adventure and exploring things especially the natural elements around him. Darwin had no interest in pursuing medicine although his father had attempted to persuade him to follow the medical line. Charles however, had a different thought and persuasion all together to study nature.

Voyage on the HMS Beagle

At the Christ’s College, Charles Darwin was under the mentorship of his professor John Stevens who inspired him in the study of nature. When Darwin graduated in 1831, he found an opportunity as a naturalist who could later board the HMS Beagle ship. The five-year voyage around the globe was an excellent opportunity to see Darwin grow as a naturalist.

The ship began its voyage on the 27 December 1831 with a number of crew members on board including Darwin. During the survey, Darwin sampled different organic specimens for study which also included plants, fossils, and birds. Charles combined his botanical, zoological and geological knowledge to come up with evaluations and syntheses. The voyage had taken its course through the Islands of the Pacific Ocean including the famous Galapagos Archipelago. These sites had been perfect study areas for Darwin due to their diverse geological, botanical and zoological composition.

When the ship docked at the England shores in 1836, Charles Darwin penned down his research findings which were initially known as the Journal of Researches. The journal was later named Zoology of the Voyage of the Beagle. It is from these findings that Darwin drew his idea on the theory of how living things came to being through evolutionary processes.

Other naturalists held on to their beliefs about the existence of things as being out of natural occurrences or instead created. Charles Darwin on the hand, compared specimen with specimen considering their locations and characteristics from all over the world. He came up with a theory that all these species may have evolved through a gradual process from same ancestors. He added that their only way of survival might have been through ‘natural selection’ where species adapted to changes in their environment.

Darwin went through a series of research and findings, and he was sure that his evaluation of the evolution theory was undebatable. In 1858 he addressed the Linnean Society through a letter he wrote about the revolutionary theory. Later in 1859, he published his evaluations in his book ‘On the Origin of Species by Means of Natural Selection.’

Charles Darwin also wrote a number of books some of which include, ‘The Voyage of Beagle,’ ‘The Expression of the Emotions in Man and Animals,’ ‘The Power of Movements in Plants’ and ‘The Formation of Vegetable Mould through the Action of Worms.’ He also received awards such as; ‘FRS’ (1839), ‘Royal Medal’ (1853), ‘Wollastone Medal’ (1859) and ‘Copley Medal’ (1864).

Charles Darwin married Emma Wedgewood in 1839 and together had ten children. Darwin died in 1882, April 19 in London and was buried at Westminster Abbey. Although his theory remains today, it has been disputed by religious views like the creation theory which states that God created everything.