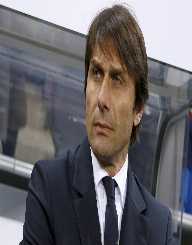 Italian football star Bruno Conti was born in Nettuno on the outskirts of Rome, Italy on the 13 March 1955. He was one of seven children.

Bruno Conti joined Roma at eighteen and made his team debut at age nineteen at an away game at Torino. Initially, Conti found it difficult securing a permanent starting place at Roma. He was loaned out to Genoa and played in Serie B during 1975-1976 and 1978-1979. Some felt that his short stature went against him, but he later proved his critics wrong by becoming one of the champions of his sport.

After his return from Genoa, Nils Liedholm had taken over as manager of Roma. Bruno Conti then made his Serie A debut in 1973, and from then onwards his place was secure. The same year he made his debut for the national side and won his first Coppa Italia. He won the Scudetto in 1982-1983 and during his career went on to win the Coppa Italia four more times.

Bruno Conti was instrumental in Roma reaching the 1984 European Cup Final although his team ultimately lost to Liverpool when Conti missed his penalty in a shootout. He was also in the Roma teach which reach the UEFA Cup Final in 1991.

Once Bruno Conti had retired from playing, Conti stayed on at Roma and joined the youth sector coaching staff. During 2004-20054 he was appointed the head of the youth teams. Under his coaching, Roma participated in the Coppa Italia and the UEFA. Conti then became Technical Director and is responsible for the Youth Sector at Roma.

In 2012 Bruno Conti was inducted into the A.S. Roma Hall of Fame. Conti is considered by many soccer fans to be one of the best players of his generation.

Bruno Conti’s wife is married to Laura. The couple has two sons Daniele (b.1979) who is an Italian football manager and former professional player and Andrea (b.1977) who is an expert football forward with AC Bellinzona.