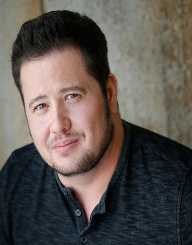 Chaz Bono is a transgender man who has undergone gender reassignment. He is also a media figure who has earned an Emmy Award for writing his experience in the documentary, ‘BecomingChaz.' Other than his television appearances, he has authored two books, ‘Family Outing’ and a memoir, ‘The End of Innocence.’ Notably, Bono has competed in ‘Dancing With the Stars.’

Chaz Bono is an only child to parents Sonny and Cher Bono, born on March 4, 1969, in Los Angeles, California. Both parents are pop stars and producers of a TV show, ‘Chastity.' Bono earned her name Chastity Sun Bono from the film in which she appeared at a tender age. Bono realized she was gay at the age of 13 and told her parents that she was lesbian at the age of 18.

In 1993, Chaz Bono released her first album, ‘Hang Out Your Poetry,' with his band, Ceremony which featured him on Vocals, acoustic guitar, and percussion. This album received average reception with Roch Parisien of Allmusic describing it as pleasant and well-produced. Bono also performed as Scorp in the film ‘Bar Girls’ in 1994.

Later on, the band released singles from the album including, ‘Could’ve Been Love’ and ‘Ready for Love’ with Sonny and Cher recording backing vocals in the track, ‘ Living It Up.' In April 1995, she identified herself as a lesbian during an interview with the lesbian magazine, ‘The Advocate.’

In the 1998 book ‘Family Outing’ Chaz Bono reported that his mother was uncomfortable with the news, but later in 1996, she accepted and agreed to appear on ‘The Advocate’ as a proud mother of a lesbian daughter and an outspoken LGBT rights activist.
Alongside Michele Kort, Bono wrote, ‘The End of Innocence: A Memoir’ in 2003 and performed in the film, ‘Fronterz’ in 2004.

As a social activist, Chaz Bono worked for ‘The Advocate’ campaigning for the Defense of Marriage Act and also served as an entertainment Media Director for the Gay and Lesbian Alliance Against Defamation. Additionally, Bono acted as a team captain for ‘Celebrity Fit Clun 3 in 2006 alongside his girlfriend, Jennifer, who orchestrated during exercise and training sessions.

In mid-2008, Chaz Bono began transitioning from female to male receiving praises from GLAAD and the Empowering Spirits Foundation. The California court granted him his request to change his name to Chaz Bono on May 6, 2010. Subsequently, he produced a documentary, ‘Becoming Chaz’ which premiered at Sundance Film Festival in 2011 and later debuted by the Oprah Winfrey Network on May 10, 2011.

In September 2011, he starred in the 13th Season of, ‘Dancing with the Stars’ alongside with Lacey Schwimmer although the duo was eliminated on October 25, 2011. After the elimination, he wrote alongside Billie Fitzpatrick ‘The Story of how I became a man’.
In 2012, Chaz Bono performed in the episode: ‘To Each Her Own’ of the television series, ‘The Secret Life of the American Teenager’ and wrote alongside Fitzpatrick ‘Becoming Who I Was Always Meant to Be.’

Additionally, Chaz Bono told stories of the tragic killings of gays in the Human Rights Campaign video released in June 2016 in tribute to the victims of the 2016 Orlando gay nightclub shooting.

During the same year, he performed the character, Jerry the Hoarder in the film, ‘Dirty,' followed by his role as Reverend Rydale in the series ‘The Bold and the Beautiful’ and guest roles as Gavin Kelly in the third episode of ‘Where the Bears Are’ in 2016. In 2017 he played Gary Longstreet in the ‘American Horror Story: Cult,' and the film ‘Adi Shankar’s Gods and Secrets’.

Chaz Bono is a transgender man and began transitioning physically and socially from female to male in mid-2008. The transition was completed on May 6, 2016, after the California court granted the request to change his name from Chastity to Chaz Bono.