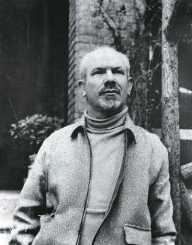 Norman Bethune was more than just a doctor. He was a surgeon who brought two countries together. He also was a medical inventor.

Norman Bethune was born on March 3, 1890, in Gravenhurst, Canada. His father Malcolm was a pastor. He also had two siblings.

Norman Bethune attended Owen Sound Collegiate and Vocational Institute until his graduation in 1907. In 1909 he started his post-secondary studies at the University of Toronto.

Norman Bethune took a year off in 1911 to volunteer as a laborer-teacher with Frontier College. In that role, he helped teach mine laborers how to read and write English. He took time off of his studies again when World War I started in 1914. With a few years of medical studies under his belt, he joined the No. 2 Field Ambulance as a stretcher bearer. The unit was stationed in France. After spending three months in an English hospital due to shrapnel wounds, he returned to Canada and finished his medical degree in 1916.

When Norman Bethune finished his studies in Canada, he joined the Royal Navy, then the Canadian Air Force. However, in the 1920s, he continued his education in London and Edinburgh. In 1922, Norman Bethune was elected as a Fellow of the Royal College of Surgeons. He returned to North America and established a private practice in Detroit, Michigan in 1924. Even though he was ready to move ahead in his life, he was affected by tuberculosis in both lungs. He took part in controversial “compression therapy” treatment at the Trudeau Sanatorium and made a full recovery. Norman Bethune became the first assistant to thoracic surgeon Dr. Edward Archibald. In the eight years of working together in Montreal at McGill University, Bethune became a more prominent medical expert from his work.

Norman Bethune invented surgical instruments and techniques that improved the work of other physicians and surgeons. With interest in socialized medicine, Bethune attended the International Physiological Congress in Moscow. Though he tried to bring the idea of a state-run medical care system to Canada, his colleagues did not share those same views. Norman Bethune joined the Canadian Communist Party in 1936.

When the Spanish Civil War broke out, Bethune dropped every and offered his services to the Spanish Republican Government. One of the breakthroughs that he developed was the mobile blood transfusion service in 1936. This new methods of bringing refrigerated bottles of blood to the war front intimately saved lives. In 1938, he went to help China as the head of a medical team. He traveled to the headquarters of the Chinese Eighth Right Army in the remote mountainous area west of Beijing. There he did another new thing of establishing a medical field service with a makeshift hospital that serviced the entire region. Norman Bethune educated the Chinese on basic medical techniques and brought them textbooks to continue their education. It is the first known mobile medical unit.

Norman Bethune married Frances Campbell Penney in 1923. When Norman Bethune was diagnosed with tuberculosis, he asked her for a divorce because he did not want her to see him die. When he recovered, he proposed again. She hesitated at first, but they married again in 1929. The couple divorced again as she did not approve of his lavish lifestyle. For example, the couple spent their entire inheritance on their “Grand Tour of Europe” honeymoon.

Norman Bethune died on November 12, 1939, in Tang Province, China at the age of 49. The cause of death was blood poisoning or septicemia. Though many people did not agree with Bethune's ideas on communism, his legacy will best be known for his innovations in the field of medicine. Norman Bethune was instrumental in the development of mobile medical units which are ideal for remote areas and war fronts.

Norman Bethune developed surgical instruments including the Bethune Rib Shears that are still in use today. However, it is the work that he conducted in China that brought him international recognition after his death. Chairman Mao Zedong published an essay in Bethune's memory. There is a statue in Beijing for the doctor, one of the few Westerners to be honored in China. Even medical school in China are named after him. The Norman Bethune Medal is the highest medical honor that can be bestowed to an individual for their contribution, heroic spirit, and great humanitarianism in the medical field. Other statues and memorials are placed in his name in China, Spain, and his native Canada.

Norman Bethune developed tuberculosis in both lungs in the 1920s. He took part in controversial “compression therapy” and made a full recovery.

Norman Bethune opened a private, free clinic for patients who were suffering from tuberculosis and could not afford expensive medical treatment.

• Developed mobile medical units
• Developed method of transporting blood for transfusions on the war front
• Developed surgical instruments including the Bethune Rib Shears
• Chairman Mao published “In Memory of Norman Bethune” as a tribute to the doctor and retold his final months in China.
• Named Person of National Historic Significance, 1972