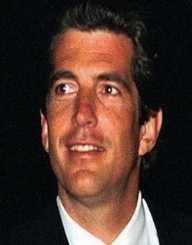 John F. Kennedy Jr. was born on November 25th, in 1960. He was popularly known as John John or JFK Jr. John was a well-known journalist, magazine publisher, and a lawyer. Besides, he also earned his fame for being President John F. Kennedy’s son.

John Fitzgerald Kennedy Jr. alias John F. Kennedy Jr. was born on November 25th, in 1960. His mother gave birth to him at the MedStar Georgetown University Hospital. This was just two weeks after his father won the presidential elections. His older sister was called Caroline. John’s younger brother was named Patrick. Unfortunately, his younger brother passed away days after he was born prematurely.

During his childhood years, John spent three years in the White House. Tragedy struck the family on November 22nd, in 1963. This was after his father; President John F. Kennedy was assassinated. John’s birthday came three days later and that the family continued to celebrate his birthday in spite of his father’s assassination.

John F. Kennedy Jr enrolled with a number of private schools in Manhattan. First, he joined Saint David’s School. Later, he went to Collegiate School. He then concluded his high school education at Phillips Academy Andover. After his graduation, he joined Brown University where he pursued American Studies.

With time, John F. Kennedy Jr landed himself on a job with the Office of Business Development where he earned about $20,000. His boss identified him as an individual that did not seek for special treatment at work. He served in the same position from 1984 to 1986. Two years later, he teamed up with a local Los Angeles law firm.

In 1989, he chaired the Reaching Up group that helped out individuals with disabilities by offering them with work opportunities. During the same year, he earned himself a Juris Doctor degree at the New York University School of Law. However, he later failed the bar exam twice. Fortunately, he succeeded in his third attempt in 1990.

Two years down the line, he went ahead to work as a journalist. Shortly after, in 1995, he partnered with Michael Berman to establish George magazine.

John F. Kennedy Jr was associated with several relationships right from the time he was studying at Brown University. Around this period, he dated Sally Munro for about six years. He also associated himself with Brooke Shields whom he also met at Brown.

Similarly, John dated models such as Julie Baker and Cindy Crawford. At some point, he also entered into a romantic relationship with Sarah Jessica Parker, an actress. Daryl Hannah also had an affair with John.

After John terminated his relationship with Hannah, he went ahead and courted Carolyn Bessette. The two later exchanged vows secretly in late 1996.

John F. Kennedy Jr. passed away on July 16th, in 1999. He was aged 38 years old at the time of his tragic death. John was traveling with the company of his wife Carolyn and his sister-in-law, Lauren Bessette. They boarded a plane to attend his cousin’s wedding. The aircraft they used had recently been bought on April 28th the same year. However, the plane went missing after it did not arrive on time as scheduled. Investigations later revealed that John alongside his wife and sister-in-law died on impact.