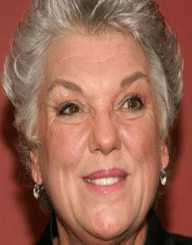 Coming from a family of actors Ellen Tyne Daly was born on February 21, 1946, in Madison. She is most remembered for her role in Spider-man, Homecoming, and Judging Army.

Tyne Daly starred in The Enforcer before taking a role in Cagney & Lacey which went on to become the biggest movie in her acting career.

Madison was Tyne Daly's place of birth but was raised in Westchester County in New York. Here she launched her acting career. At a young age, Tyne and her family performed during summer stock. At the age of 15, she earned an equity card.

Before dropping out to pursue acting, Tyne went to Brandeis University Rockland Community College. She later graduated from the American Musical and Dramatic Academy located in New York City.

Between 1960 and 1970, Tyne Daly featured in several TV series including, Lucas Tanner, The Mod Squad and The Streets of San Francisco. She played a role in Cagney & Lacey a crime drama.

She appeared in his brother's series Wings, as a social worker named Maxine Gray. In 1995 she took on a role as Alice Henderson series Christy and Later Judging army as Maxine Gray.

James Daly and Hope Newell were Tyne Daly parents. She tied the knot with George Stanford Brown, a black American in 1966. They had three daughters together.

Later in 1990, the couple divorced, Daly, blaming her husband of a poor upbringing. One of their daughters Kathryne Dora Brown went on to become an actor while Elizabeth Brown their other daughter works as a potter.

Tyne Daly's roles on the television show Cagney & Lacey portrayed her as a feminist. She played the role of a woman cop when nobody ever thought women would one be cops.

In March for Women's Lives Rally conducted in Washington, Tyne Daly was given a chance to speak on women issues.

She received the Women in Film Lucy Award in 2002 and 2011; Daly was welcomed into the American Theatre Hall of Fame.

Her latest award came in 2017; she was awarded The Gingold Theatrical Group.