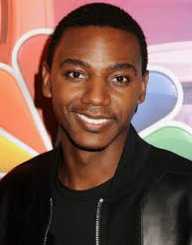 Jerrod Carmichael was born 22nd June 1987 to Joe and Cynthia Carmichael. He was born in Winston-Salem, North Carolina, in the United States. Carmichael and his older brother grew up in a working-class environment. His parents worked as a truck driver and a secretary.

Carmichael studied at Robert B. Glenn High School, and he graduated in 2005.

Jerrod Carmichael's goal was to become a stand-up comic. As a result, he started his career by relocating to Los Angeles.

His first gig was at The Comedy Store in a suburb of Hollywood where he participated in their open-mic night.

He was getting regular work before long, and in 2011 he showcased his talents at the Just for Laughs Festival. Carmichael performed in the "New Faces" section of the festival.

Jerrod Carmichael's big break came in Neighbors, a film released in 2014. At the same time, he was also getting regular work in television.

Carmichael has appeared in seven movies between 2014 and 2018. This includes the movie, Transformers: The Last Knight (2017).

From 2015 to 2017, he appeared in his show. The Carmichael Show proved very popular, and at the time of writing, Carmichael had done 32 episodes. The show tackled current new topics such as gun rights, Black Lives Matter, and other political issues. Carmichael wrote and created the show, as well as being Executive Producer.

Jerrod Carmichael was Executive Producer for three shows in 2018, and Director for one of them as well.