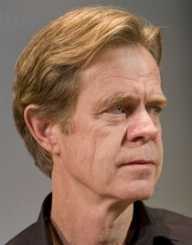 William H. Macy was born on March 13, 1950. He is an American actor. He is currently Sixty-eight years of age.

William H. Macy was born William Hall Macy, Jr. on March 13, 1950, in Miami in Florida, United States. He was born to William Hall Macy. Sr. and Lois Macy. He later joined and studied at Allegany High School, Cumberland, Maryland. In 1968, he graduated. He then joined Bethany College, West Virginia to pursue veterinary medicine. He later transferred to Goddard College, Vermont and studied under playwright David Mamet. In 1972, he graduated.

In 1990, William H. Macy played a role as John McCormack in ‘Law & Order.’ In 1991, he featured as Tim Sullivan in ‘Homicide.’ In 1992, he appeared in the television films ‘Law & Order,’ ‘The Water Engine’ and ‘The Heart of Justice.’ In 1993, he appeared in several films including ‘Being Human’ as Boris, ‘Benny & Joon’ as Randy Burch and in ‘Searching for Bobby Fischer’ as Petey’s Father. He also featured in the television films ‘L.A. Law’ and ‘Bakersfield P.D..’

In 1994, he played a role as Dr. Greenway in ‘The Client.’ He also appeared in the television film ‘ER’ as Dr. David Morgenstern a role he played until 2009. In 1995, the films he appeared in included: ‘Ollenna’ as John, ‘Murder in the First’ as D.A. William McNeil, ‘Dead on Sight’ as Steven Meeker, ‘Tall Tale’ as Railroad Magnate, ‘Evolver’ as the evolver and in ‘Mr. Holland’s Opus’ as Vice Principal Gene Wolters.

In 1996, William H. Macy featured in ‘Andersonville’ as Col. Chandler, ‘Fargo’ as Jerry Lundergaard, ‘Hit Me’ as a Policeman, ‘Down Periscope’ as Commander Carl Knox and in ‘Ghosts of Mississippi’ as Charlie Crisco. In 1997, he appeared in the films ‘Wag the Dog’ as CIA Agent Charles Young, ‘Air Force One’ as Major Norman Caldwell, ‘Boogie Nights’ as Little Bill Thompson and in ‘Colin Fitz Lives’ as Mr. O’Day / Colin Fitz.

In 1998, he featured in the films ‘The Con’ as Bobby Sommerdinger, ‘A Civil Action’ as James Gordon, ‘Pleasantville’ as George Parker, ‘Psycho’ as Milton Arbogast and in ‘The Secret of NIMH 2: Timmy to the Rescue’ as Justin. He also appeared in the television films ‘The Con,’ ‘King of the Hill,’ ‘Superman: The Animated Series’ and ‘The Lionhearts.’

In 1999, William H. Macy appeared in ‘Happy, Texas’ as Sheriff Chappy Dent, ‘A Slight Case of Murder’ as Terry Thorpe, ‘The Night of the Headless Horseman’ as Ichabod Crane, ‘Magnolia’ as Quiz Kid Donnie Smith and in ‘Mystery Men’ as The Shoveler. He as well appeared in the television films ‘Batman Beyond’ as Aaron Herbst’s voice and in ‘Sports Night’ as Sam Donovan a role he played until 2000.

In 2000, he featured in the films ‘Jurassic Park III’ as Paul Kirby and ‘Focus’ as Lawrence ‘Larry’ Newman. He also lent his voice to the television film ‘Batman beyond’ as Karros’ voice. In 2002, he appeared as Glenn in ‘It’s A Very Merry Muppet Christmas Movie’ and as Riley in ‘Welcome to Collinwood. He also features in the television film ‘Door to Door’ as Bill Porter.

In 2003, William H. Macy featured in ‘The Cooler’ as Bernie Lootz, ‘Stealing Sinatra’ as John Irwin, ‘Easy Riders, Raging Bulls’ as a Narrator and in ‘Seabiscuit’ as Tick Tock McGlaughin. He also played some episodes in ‘Out of Order’ as Steven. In 2004, he appeared and as Sgt. Bob Mooney in ‘Cellular’ and ‘Sparton’ as Stoddard. He also featured in the television film ‘Reversible Errors’ as Arthur Raven. In 2005, he featured in ‘Sahara’ as Admiral James Sandecker, ‘Edmond’ as Edmond Burke and in ‘Thank You for Smoking’ as Senator Ortolan K. Finistirre. He also appeared as Charlie Gigot in ‘The Wool Cap’ a television film.

In 1997, William H. Macy married Felicity Huffman with whom he has two children. He is currently Sixty Eight years old.