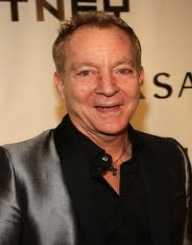 Schneider was a student at the University of Georgia where he was involved in the literary scene on campus.

He rose to fame as the founding member and frontman of the punk new-wave rock band The B-52's.

As well as working with The B-52's, Fred Schneider formed the Superions releasing an album The Superions (2010), Destination Christmas (2010) and Vertical Mind (2017).

Apart from his musical career, Fred Schneider has worked as a voice actor.